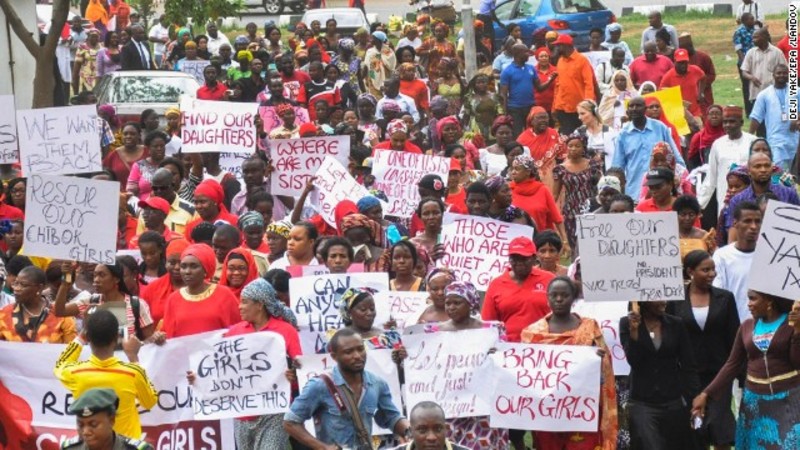 Radical Lagos lawyer, Festus Keyamo Esq. has faulted the order by the Commissioner of Police of the Federal Capital Territory, Joseph Mbu, banning further protests on the #BringBackOurGirls in the nation’s capital. This is just as leader of the group in Abuja, former Minister of Education, Mrs. Oby Ezekwesili has declared that the FCT police boss has no basis nor the powers to ban peaceful assembly of any group.

The duo made the reactions in separate statements.

Information Nigeria reports that Mbu, in a statement on Monday, said the public protests had “degenerated” and were now a security threat.

“Accordingly, protests on the Chibok girls are hereby banned with immediate’’, he was quoted as saying.

But in his reaction to the ban, Keyamo said: “The statement credited to the Commissioner of Police of the Federal Capital Territory, Joseph Mbu, banning all protests over the kidnap of the Chibok school girls is unconstitutional, illegal, null and void. It is against the spirit and letters of section 40 of the 1999 Constitution of the Federal Republic of Nigeria (as amended), the United Nations Universal Declaration of Human Rights, 1948 and the African Charter on Human and Peoples’ Rights. All the above guarantee freedom of peaceful assembly and freedom of association”.

He added: “It is shocking that the Federal Government, hiding under the facade of the Police, has finally openly displayed its disdain for the public outcry over the kidnap of those innocent souls. The Federal Government would really have wished that we all went about our normal businesses and live in denial like it did for many weeks.

“The Government has shown that it is more concerned about its image and self-preservation than the safety of those girls.

“This is the height of irresponsibility and insensitivity to the plight of the Chibok girls and their family members. At a time when Government has not shown a capacity to protect lives and properties, it is even denying the citizens the basic right to cry out about Government’s inaction. It is like beating a child mercilessly and choking the child at the same time to prevent the child from crying out. It is inhuman, it is degrading and it is humiliating”.

In her reaction contained in a series of tweet via her Twitter @obyezeks, the former minister said: “There is no BASIS for and no POWER of FCT Commissioner of Police to ban peaceful assembly of any group of persons in in the city. None @ ALL

“What Commissioner Mbu should do is REPRIMAND their sponsored thugs who attacked us, WOMEN at our peaceful gathering. He can. He hired them.

“When their thugs attacked us while Mbu’s POLICEmen stood aloof, we refused to engage wt their gutter conduct. We figured this was their PLOT

“Predictably, Mbu has proven by his latest ill-advised statement of repression of Citizens Rights that he and his bosses HIRED those THUGS.

“If Mbu’s daughter were one of 200 Daughters of Nigeria held captive by terrorists & we came out to STAND 4 their CAUSE, he would do this??

“Our Abuja Family of #BringBackOurGirls diverse women, men and young people STANDING with our #ChibokGirls SHALL never abandon them. Never!

“No matter how DIRELY they want to take our FOCUS off our #ChibokGirls, We shall not permit them that LUXURY. All WE are SAYING………!!!”