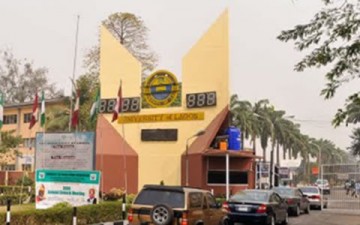 A former head of state, General Yakubu Gowon (rtd), has assured members of the University of Lagos (UNILAG) community that the name of the institution remains sacrosanct.

Speaking yesterday in Lagos during the university’s 2012/2013 Batch A convocation, Gowon said nobody could change the name of the university.

He urged the graduating students to remain committed to the ideals of the school, saying the university, known for excellence, “has come to stay”.

It would be recalled that during his 2012 2012 Democracy Day broadcast, President Goodluck Jonathan had renamed the institution to Moshood Abiola University in memory of acclaimed winner of the 1993 presidential election, the late Chief MKO Abiola.

The name change attracted days of protests from students and alumni of the institution as well as earned the president knocks before a court declared the action illegal.

But addressing the graduating students on Tuesday, the former military ruler urged them to build on the reputation of the university and maintain its good name.

He also urged them to endeavour to be self-employed in order to impact on humanity more meaningfully.

Speaking earlier, the Vice Chancellor, Professor Rahamon Bello, urged the graduating students to be good ambassadors of the university.

He said, “As you leave the four walls of this university, it is your responsibility to promote the good image of the university. Identify with your Alma Mater and contribute your widow’s mite to the development of the university”.

Information Nigeria reports that 36 out of the 3,264 convocating students graduated with First Class grade.