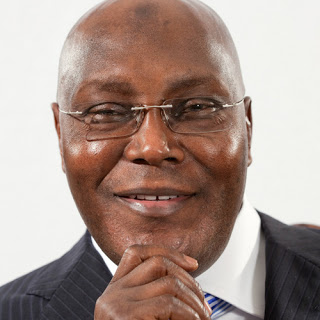 As the 30-day-long Ramadan fasting period enters its second day, former Vice President Atiku Abubakar has advised Boko Haram fighters to abandon any form of violence against innocent people once and for all.

In a goodwill message to Muslims in Abuja issued by his media office, the former Vice President said the war between Boko Haram fighters and government forces have caused enough grief and anguish, and created so many orphans and widows. He called for immediate ceasefire and negotiations to bring the fighting to a permanent end.

He said if truly the insurgents are committed to God and his religion, then it was high time they had a rethink over the violent activities against innocent people, both Muslims and Christians, men, women and children.

According to him, any fighters that abandon their conscience cannot claim to be serving God.

The former Vice President contended that if, indeed, they love God and believe in His teachings about the sanctity of life, the time had come for the militants to reflect, confront their conscience and ask themselves if there is justification or benefits for the harm they are committing against innocent people. Atiku advised the terrorists to save Nigeria further needless destruction of lives without any justification.

The former Vice President also advised fellow Muslims to put into practice the virtues of the Ramadan fasting period. He advised leaders to show compassion towards the ordinary citizens who are facing tough challenges of daily economic survival.