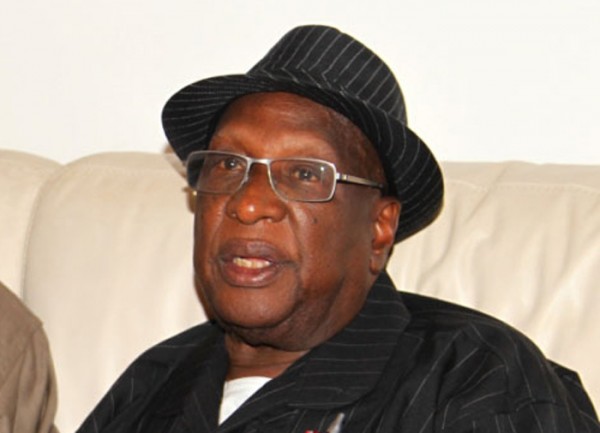 Erstwhile National Chairman of the Peoples Democratic Party (PDP), Alhaji Bamanga Tukur, has reiterated his call for dialogue with Boko Haram sect members in order to bring an end to the wave of killings occasioned by their terrorist activities.

Tukur, who made the call while speaking with reporters in Abuja on Thursday, explained that everywhere war was fought around the world, the parties involved resorted to dialogue at the end.

He, therefore, advised that dialogue should not be taken off the table in the efforts to resolve the present security challenges in the country.

He said: “All the insurgencies, believe me, one time or the other, must end in dialogue. So, don’t put dialogue aside.

“They are doing that in Iraq, in Iran and so on. So, dialogue is the answer, but let us make it faster so that we can save the souls of those who normally perish through the acts of insurgents”.

The former PDP chairman spoke on the heels of Wednesday’s bomb blast in Abuja, which left at least 21 persons dead and several others injured.

Tukur called for the strengthening of the nation’s security forces through training and adequate equipment if terrorists must be stopped, adding that the Federal Government should also go into diplomatic cooperation with neighbouring countries to ensure that they are enlisted in the war against terror.

On the part of citizens, Tukur called for patriotism, saying “we have a nation. We need to ensure that patriotism is the hallmark. If we love ourselves, we must love our nation.

“We see what happens when people kill without mercy. We have to strengthen our defence”, he said, noting that “while the security forces are doing their bit, citizens must be watchful”.

Tukur noted that the security challenges facing the nation was more than ordinary and therefore, the whole nation must rise against the evil.

“These things are not ordinary. We must resolve to stand against all those doing this to the nation”, he declared.

Recalling the 3Ds agenda of “Defence, Dialogue and Diplomacy”, which he preached during his time as the PDP chairman, Tukur remarked that since the party had presence in all the nooks and crannies of the country, it could spread the message contained in the agenda to all Nigerians.

He said in spite of the killings in the country, Nigerians should not lose hope and must continue to pray for God to touch the hearts of the perpetrators.

On the 2015 general elections, Tukur warned politicians against heating up the polity, telling them that they should think of ways to improve the system rather than making it worse.

He said politicians must realise that it was the people who elected their leaders, therefore, their choices must be respected.