A judge has approved a settlement between Halle Berry, 47, and her ex-boyfriend over child support payments for their 6-year-old daughter.

The agreement approved by Superior Court Judge Scott Gordon on May 30 calls for Berry to pay ex-boyfriend Gabriel Aubry $16,000 a month or nearly $200,000 a year to support their daughter till she is 19 years old.

The Oscar-winning actress will also pay for their daughter’s tuition, but the former couple will split health care expenses. 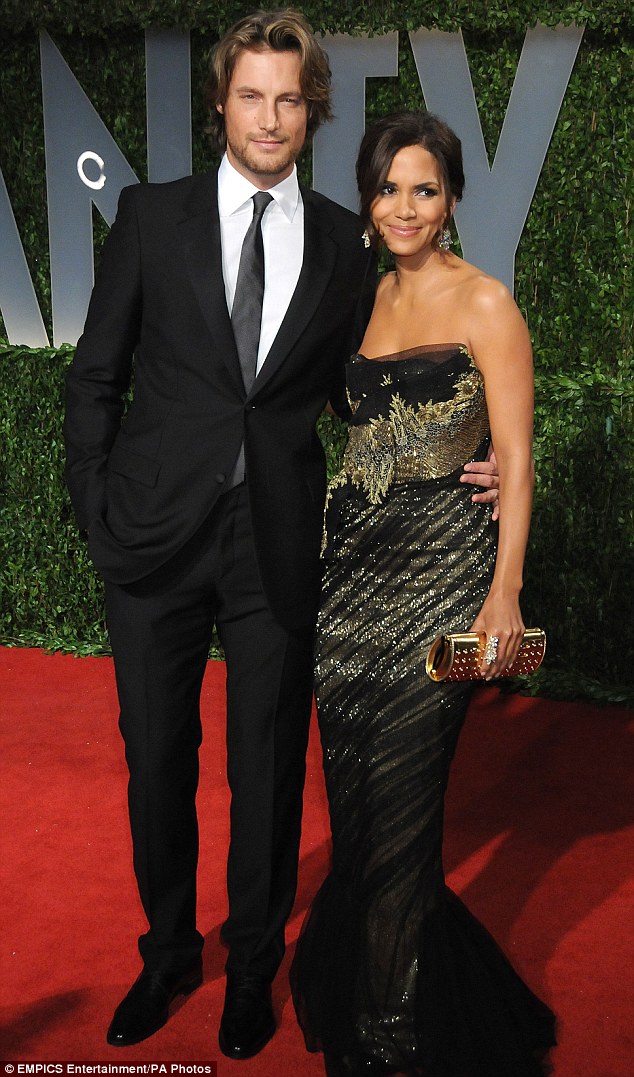 +7They can move on now: Halle Berry and Gabriel Aubry, pictured in 2009 at the Vanity Fair Oscar party, have settled their child support arrangement for daughter Nahla

The order also calls for Halle to pay the 38-year-old fashion model a retroactive payment of $115,000 and $300,000 to his attorneys to cover the costs of their custody dispute.
Gordon’s order only affects child support payments.

Berry and Aubry, who split in 2011, were involved in a custody dispute in 2012, and a judge blocked her from moving their daughter to France.

Less than two weeks after the judgement was made on Novemeber 22, 2012, Aubry and Martinez were both treated at a hospital for injuries after engaging in a physical altercation at Halles’s residence. 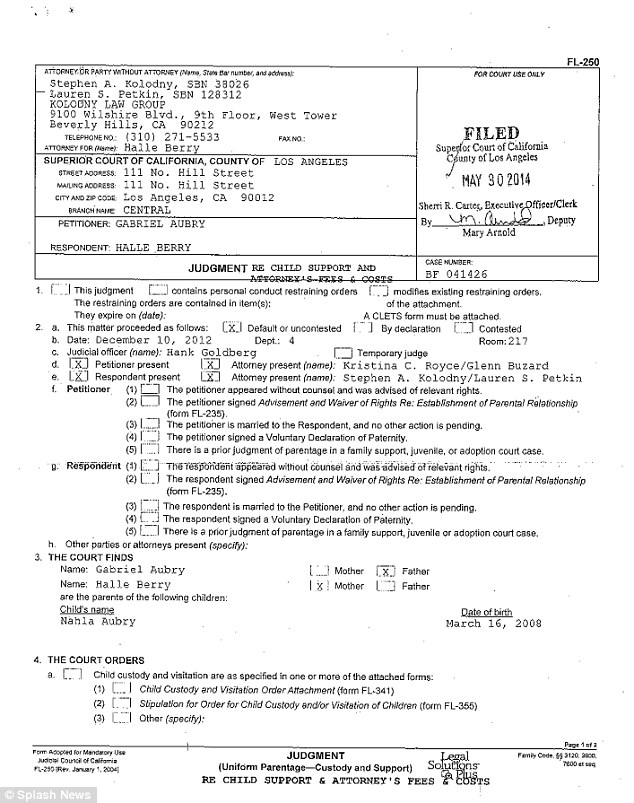 Down and dusted: Court document prove the settlement made 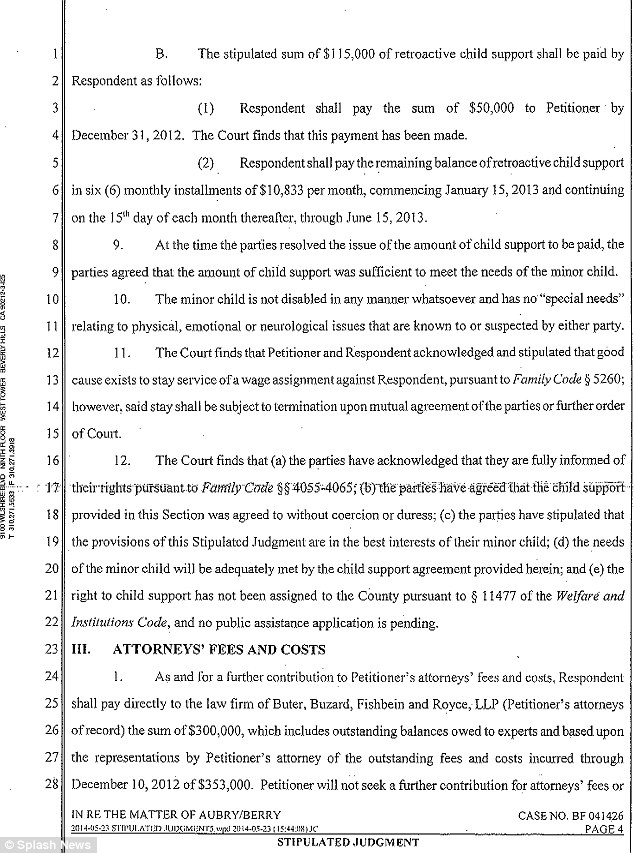 Detailed: The documents show how much Halle is expected to pay in terms of health care etc 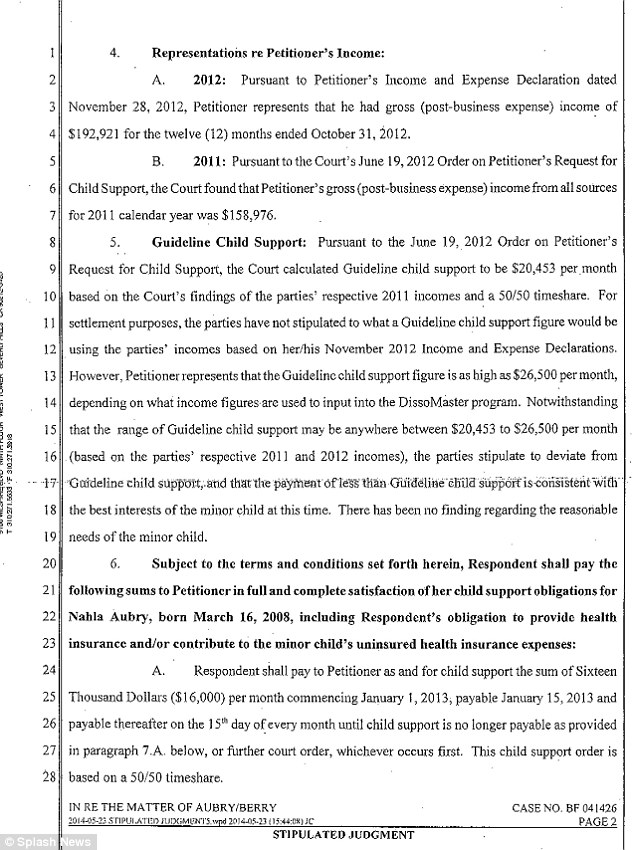 +7Child support: In section 6A of the documents it states how much she is expected to pay on the 15th day of every month

Martinez performed a citizen’s arrest on Aubry, and because it was considered a domestic violence incident, was granted a temporary emergency protective order preventing Aubry from coming within 100 yards of Berry, Martinez, and Nahla until November 29, 2012.

In turn, Aubry obtained a temporary restraining order against Martinez on November 26, 2012, asserting that the fight began when Martinez threatened to kill Aubry if he did not allow the couple to move to France. 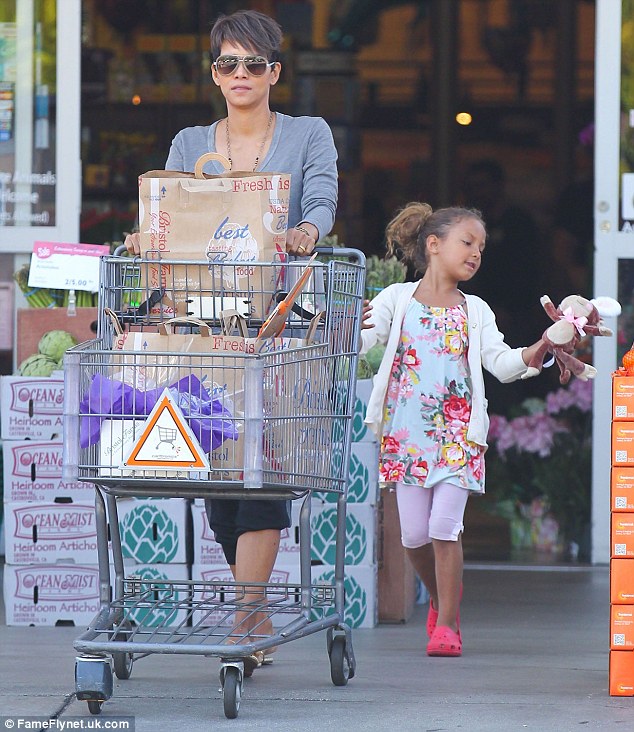 +7A tentative mom: With Nahla, now aged six, on a grocery shopping trip in West Hollywood in April

Halle also has an 8-month-old son with her husband, Olivier Martinez.

The settlement was reached on May 30 and two days later the beauty was seen picking up the Global Icon award in LA for the Huading Film Awards.

She wore a stunning black gown that had a slit up the side, showing off her toned legs.

Berry has been in LA filming her new scifi series Extant, in which she plays an astronaut. 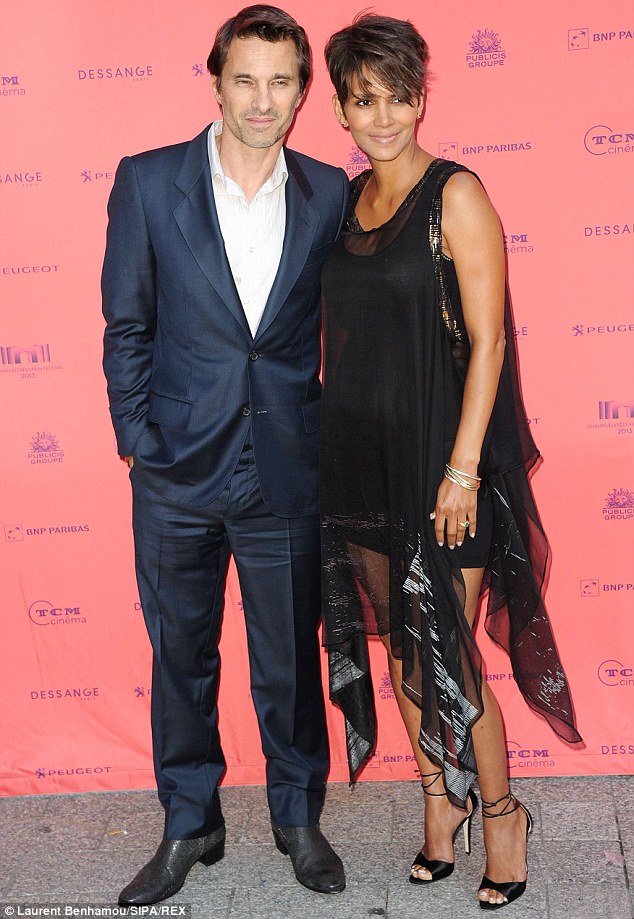 +7The new man in her life: The Oscar winner with Olivier Martinez in June 2013; together the couple has son Maceo, aged eight months 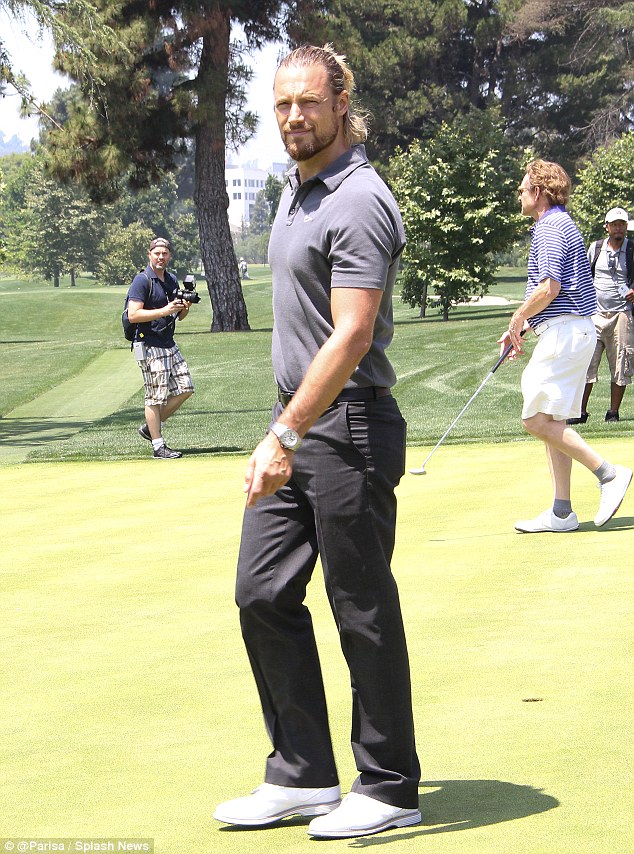