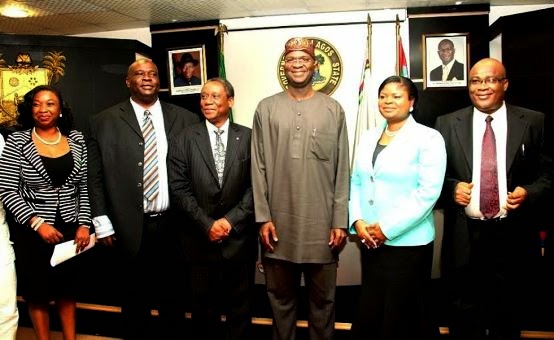 Governor Babatunde Fashola of Lagos State has inaugurated a three-man Tribunal of Inquiry to unravel the circumstances surrounding the July 4 incident between men of the Nigerian Armed Forces and a BRT driver following an accident along Ikorodu Road in which a soldier reportedly lost his life.

Fashola, who stressed his desire to get to the bottom of the unfortunate incident, charged members of the tribunal to unravel the real and remote causes of the action.

The panel is chaired by Justice Ebenezer Adebajo, a retired High Court judge and has as members – Mr. Nurudeen Ogbara, a lawyer and Mr. Jude Igbanoi, the Deputy Law Editor of ThisDay newspapers.

Fashola, while inaugurating the panel at the State House, Alausa, Ikeja, charged the members to investigate the root cause(s) of the accident, how the victim died as well as ascertain the actual perpetrators of the mayhem.

He described the incident as regrettable, especially as it resulted into the loss of life and destruction of property, expressing the hope that the panel will be able to submit its findings to the government within 60 days.

He charged the tribunal to do its work without fear or favour, especially as there were reports that the mayhem was actually caused by soldiers.

His words: “Societies and institution will fail, if men and women fail to do nothing. Like the Nigerian Airways which was the symbol of our pride in 1973, the Nigerian Army was also a symbol of pride to this nation.

“At home unfortunately, some members of the institution have diminished its reputation lately. There are some of them who are responsible because there are officers and gentlemen of the Nigerian Armed Forces.

“Will the soldiers do this? And if not, who did? I think it is important to note that if it was not the soldiers, Nigerians should know and help maintain and sustain its reputation, and help reinforce the trust the Nigerian People have in the Nigerian project.

“The job of the tribunal is to find out what happened. How the soldier died? What killed him? And what could have been done to avoid the kind of accident that took his life.

“This and many others are the question that I hope that this tribunal will help unravel and explain to Nigerians.

“It is important to note that if there were other people behind this. Nigerians, especially residents of Lagos, will like to know. I have received some representations from the Nigerian Army, which was the base on which I sort the counsel of the Attorney-General and Commissioner for Justice, who advised that we set up the panel of inquiry. We also received representation from the bus owners.  I hope that you will be able to conclude your findings within 60 days”, Fashola said.