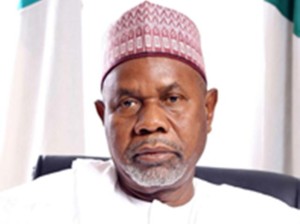 The group, in a statement signed by its leader and coordinators, Umaru Bature (leader), Hassan Bako, Atine Samson, Gabriel Inuwa Sabo and Japhet Nuhu said: “We have been reliably informed of a plot by some elements acting on behalf of the acting governor, Garba Umar, to cause confusion in the Taraba State branch of the PDP”.

According to the group, “The plan consists of bribing the party EXCO members with the hope of collating signatures to support a move to unconstitutionally remove the state’s party chairman, Hon. Victor Bala Kona.

“In the plan too, if they fail to remove the chairman, they would attempt to get him suspended. But where all of the two moves fail, the hatchers of the plan would declare that the party has adopted Garba Umar as the party flag bearer in the 2015 election”.

The badly needed endorsement, according to Taraba PDP Youth Congress, is to imitate the one the Victor Bala-led EXCO unanimously gave President Goodluck Jonathan after the body met on May 30.

“We are thus using this medium to alert the acting governor that his childish plot has been uncovered. Apart from him, we also wish to alert the national leadership of our party that Umar’s actions now constitute a danger to our party”, the group added.