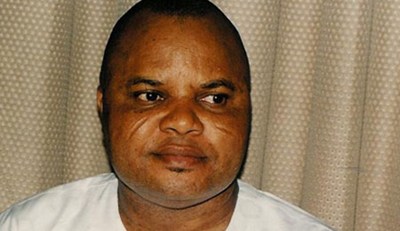 Former Senator representing Imo North (Okigwe) and member of the Peoples Democratic Party, PDP, in Imo State, Senator Ifeanyi Ararume, yesterday recalled his scuttled 2007 governorship ambition, saying he holds no grudge against ex-President Olusegun Obasanjo for denying him the PDP ticket even after winning the primaries.

The PDP instead handed its governorship ticket to Engr. Charles Ugwu and when Ararume protested this decision and secured a Supreme Court judgment in his favor, the party expelled him.

Seven years after his aborted governorship dream, Ararume, who has been readmitted into PDP, now wants the party to ensure a level-playing field for all aspirants ahead of the 2015 elections.

If the primaries are free and fair, there will be less crises in the party, he told reporters in Abuja.

Ararume said he will contest the PDP governorship ticket again in the coming primaries. He, however, will square-off against the Deputy Speaker of the House of Representatives, Emeka Ihedioha, who has also indicated his interest in the Imo governorship race, among other interested aspirants.

He said:  “I had my primaries; the first was cancelled, the second I won. If the party wanted to stop me, it should not have got to the point of primaries.

“I won the governorship primaries and I was asked to come and go back to the Senate and I said no. It wasn’t my party that denied me the ticket. The party submitted my name to INEC but somebody who got three votes, one Ugwu, was asked to take my place.

“The then President (Obasanjo) felt I challenged him. I did not challenge him. What would I have told my children? That I won primaries but I was denied the ticket? I said if you have anything against me that could stop me, I said bring it.

“That is history; I do not hold it against anybody. Whoever played any role against me at that time, I have moved forward; I have forgotten all that.

“I have had occasions of seeing our former president. On one occasion, I saw him in the church when our leader, Chief Tony Anenih, celebrated his 80th birthday. As we were walking out of the church, he was behind me. I turned back and I greeted him. He is our former president; he deserves all respect and honour. I am sure if he is given another opportunity, he is going to do things differently”.

Ararume said he would take a fresh shot at the governorship race again and advised the party to place premium on free and fair primaries to maintain what he described as the party’s “leading position”.

He added: “I believe the president has promised us, when he came to Imo State, that the party under him and the new National Chairman, Adamu Muazu, will be fair to all its members”.