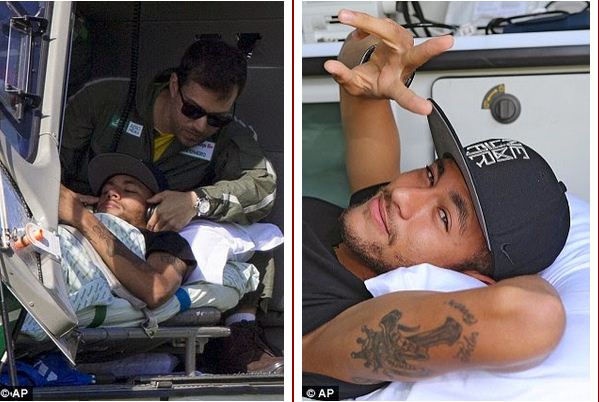 A day after he was ruled out of the remainder of the World Cup, Brazilian striker Neymar was flown to his home in Guaruya, Sao Paulo by medical helicopter to begin his recovery.Neymar was first flown to Brazil’s training ground in Rio where he had a tearful re-union with his team-mates, he then waved to hundred of fans and media before taking off along with his father.The 22year old striker fractured a verterbra on Friday after Colombian player Juan Zuniga smashed his knee into his lower back. Speaking about the injury, a tearful Neymar said in a video

“My World Cup has not ended, it has been interrupted by a play but the tournament goes on and I told my team-mates to do everything in order to help me achieve my dream to be world champion,’ Neymar said. See more photos… 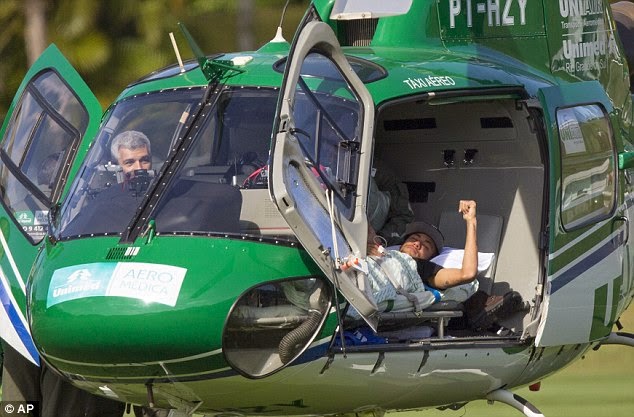 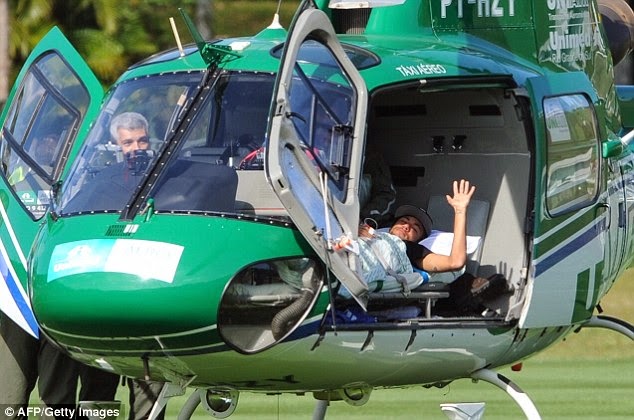 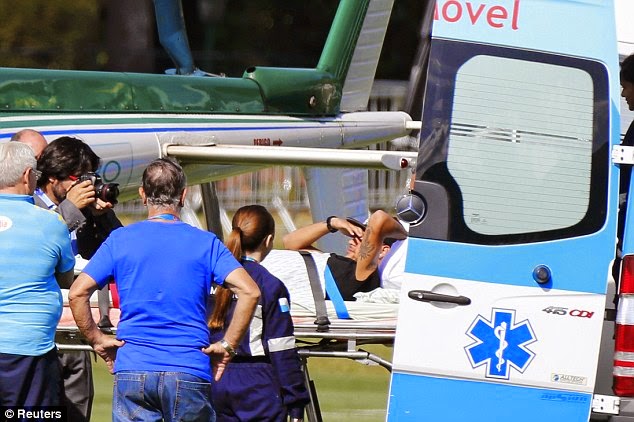 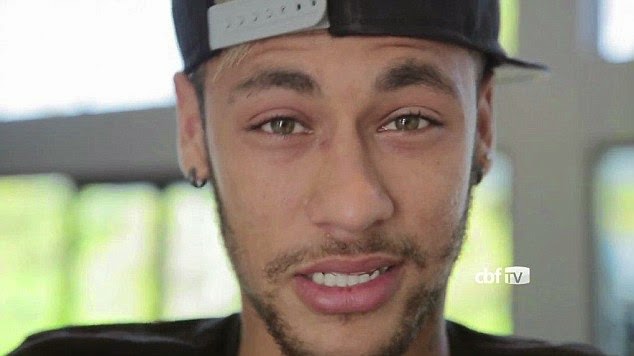 “My dream was to play at a World Cup final but I’m certain my team-mates will be champions. ‘I will be there with them, and all Brazilians will soon be celebrating all of that.’ 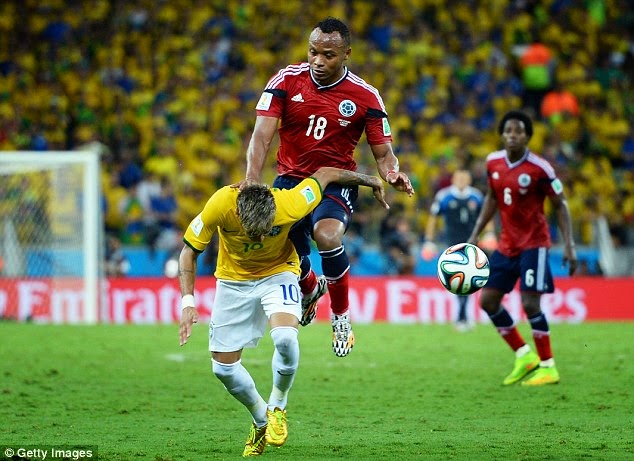 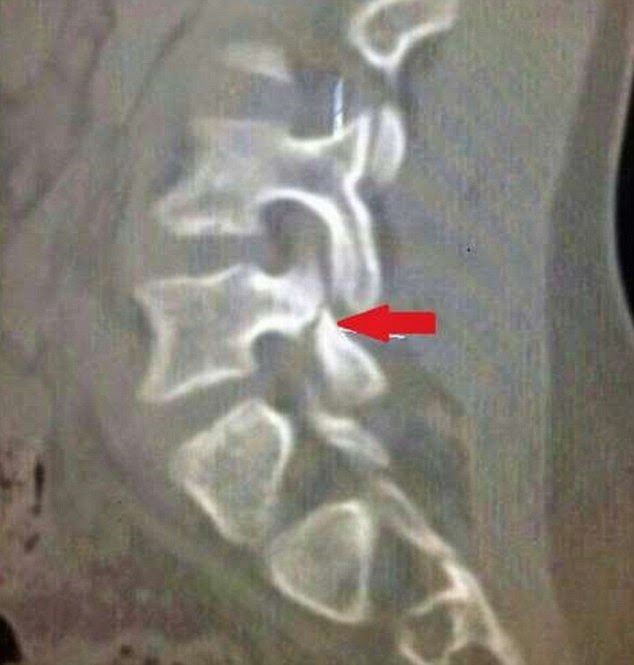