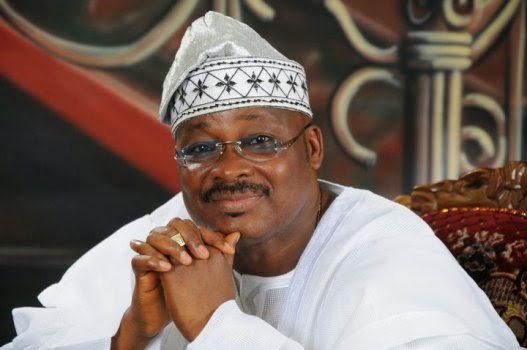 Ibadan, Oyo State capital, was yesterday thrown into a tensed mood following unconfirmed reports that 24 members of the State House of Assembly had served impeachment notice on Governor Abiola Ajimobi.

It was alleged that 24 lawmakers had signed the impeachment notice to be served on the governor and that the Assembly’s symbol of authority, the Mace, had been taken into the custody of the lawmakers believed to be hatching the plot.

As soon as the news filtered into town, people started making frantic efforts to confirm the information, especially when the House was on recess and is not scheduled to resume until August 28, 2014.

It was gathered that both the speaker and the governor were outside the state.

However, dousing tension on the matter, the chairman, Parliamentary Caucus, Hon. Fatai Salam, while addressing newsmen at the conference hall of the Assembly Complex, said there had not been any allegation of misconduct levelled against the governor that could warrant notice of impeachment.

Flanked by 10 members of the 7th Assembly, Hon. Salam added that the House was on recess.

“The 7th Assembly since inception has been enjoying good relationship with each other and have no plan to disrupt the existing peace in the state.

“The minority leader has just left the Assembly complex few minutes ago, it is because the House has gone on recess is the main reason why the conference was not attended by every member of the House”, he said.

Salam, therefore, appealed to the people of the state to remain calm and go about their normal lawful activities as there was no impeachment threat against the governor.