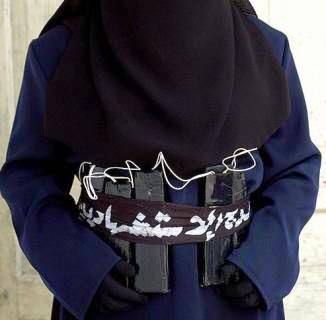 A 10-year-old girl with explosives strapped on to her body has been arrested, Mr. Mike Omeri, Coordinator of the National Information Centre, has said.

The girl, Hadiza Musa, was arrested alongside another 18-year-old girl, Zainab Musa, and an adult male, Iliya Dahiru. They were all wired up with explosives, travelling in a car at night on Zaria Road in Tundun Wada, Funtua Local Government Area, Katsina State. The arrests were made on Tuesday night.

Omeri, who is also the Director-General of the National Orientation Agency (NOA), broke the news yesterday in Abuja during a routine press briefing, saying it was an indication that those behind female suicide bombings in the North are not using the abducted Chibok girls as being speculated.

As Omeri spoke in Abuja, a female suicide bomber struck in Kano, killing three students at the Kano Polytechnic.

Omeri said: “The three suspects were arrested in a Honda CRV car, when they were directed to disembar for security checks, 10-year-old Hadiza was discovered to have been strapped with an explosive belt and Iliya and Zainab made an attempt to escape with the car, but were later blocked and subsequently arrested after which the police successfully unstrapped the explosives”.

Explaining the likelihood behind the insurgents’ new modus operandi, Omeri said it was an indication something has gone wrong with their recruitment strategy.

“This trend of using young people clearly shows that there is something wrong with the main recruitment arm of the insurgents.

“Citizens are becoming more aware and so the tendency is to recruit those who do not know what they are doing, young people as young as 10 years.

“Boko Haram is so deadly and this underscores the seriousness of the campaign that our country is engaging in order to flush out the insurgents”, he said