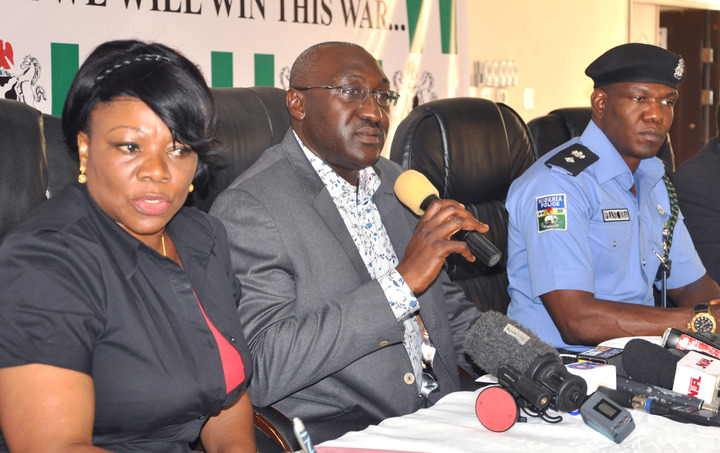 The Coordinator of the National Information Centre, Abuja, Mr. Mike Omeri, has expressed the optimism that Nigeria will overcome its current security challenges before the 2015 general elections.

Omeri, who spoke during a chat with journalists in the nation’s capital on Wednesday at the regular briefing on security challenges across the country, said everything was being done, not only to secure the freedom of the girls abducted from Chibok, Borno State on April 14, but also to ensure peace across the country.

He said, “We have not reached election period yet and all efforts now are essentially geared towards rescuing our Chibok girls and finding peace in the land. At the rate we are going, our challenge will be overcome before the elections”.

Mr. Omeri expressed happiness at the arrest of the alleged armourer of Boko Haram group by security forces, saying it was a major boost to the war against terrorism and the effort to rescue the abducted girls.

The NIC coordinator, who is also the Director General of the National Orientation Agency, NOA, also spoke on other security issues, including the explosion that was recorded in Osun State on Tuesday.

He said, “We roundly condemn Tuesday’s acts of terrorism in Maiduguri, and to commend the prompt action of our security forces that rapidly secured the area in an effort to prevent further attacks on onlookers, particularly the Fire Service that displayed heroism by putting out the fire caused by the explosion, thereby preventing it from spreading into the market.

“Furthermore, Nigeria’s security forces have continued to make significant progress with active presence on the ground to combat the highly challenging and complex terrorist threat that currently exists as well as ensuring long term safety and security of the people and the nation.

“There was a report of a non-lethal explosion from an object, which was investigated by security agencies at Agbedegbede Street, Ile-Ife, Osun State. The outcome of the investigation indicated that the explosion was neither a bomb nor dynamite, but carbide. Neither the ground where the explosion occurred nor the building within the vicinity were affected by the explosion, just as no human life was lost, neither was plantain shrubs near it destroyed”.

Omeri added that the Federal Government appreciated the patience and support of Nigerians toward efforts aimed at bringing an end to the activities of insurgents in the country.