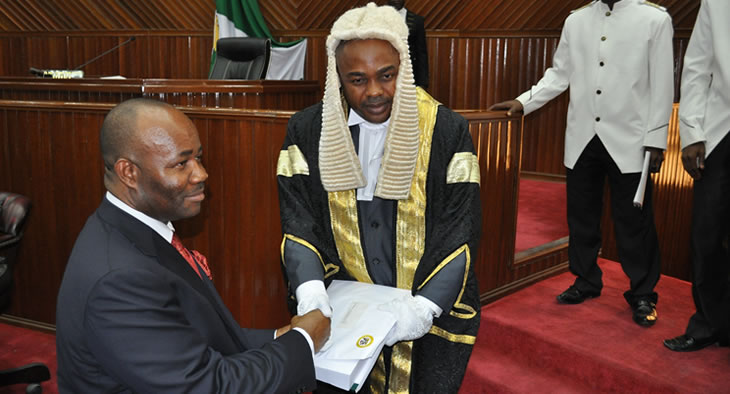 The Speaker of the Akwa Ibom State House of Assembly, Hon. Sam Ikon, has said the legislature is not a rubber stamp for the state executive and described it as an arm of government striving to protect the interest of the people.

The speaker cautioned against misconstruing the cordial relationship that exists between the assembly and executive in the state to mean that state lawmakers were too afraid to discharge their oversight functions.

Ikon spoke in Uyo, the state capital on Monday, to herald the new legislative year.

He said, “The Akwa Ibom State House of Assembly is not cowed by anybody or the executive. We are here to do our work, to protect the interest of Akwa Ibom people.

“In discharging our oversight functions, it does not mean we must be antagonistic with the executive once power struggling does not exist.

Ikon said to a large extent, the Fifth Assembly of the Akwa Ibom State House of Assembly had recorded some giant strides in critical areas that are within its purview, saying that they are there for everyone to see.

He stated that the House of Assembly had passed a number of bills into law, six of which were assented to by Governor Godswill Akpabio.