The United States Government has donated equipment worth $5,000 to boost screening of the Ebola Virus Disease at the Murtala Muhammed International Airport so as to contain its spread in Nigeria.

“The donation of the equipment is a symbol of willingness on the part of the American Government to assist Nigeria in any way possible to combat the scourge,” he said. 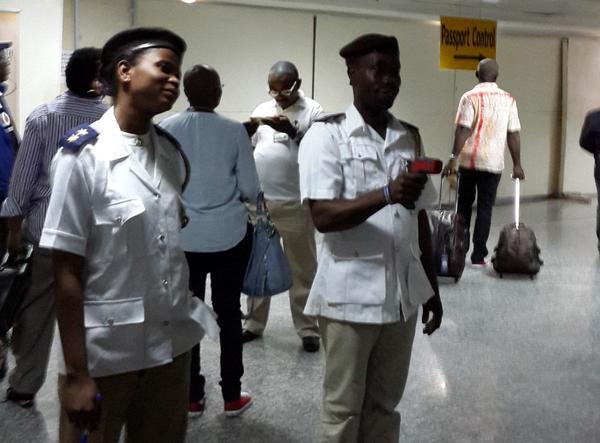 Known as infrared thermometers or non-contact thermometers, the portable handheld equipment has the ability to measure body temperature of in-bound and out- bound passengers for possible Ebola symptoms from a distance.

Hawkins, who expressed satisfaction with the timely response of the Nigerian Government to the contagious disease since its importation into the country by a Liberian-American, Patrick Sawyer, a month ago, commended the measures already put in place at the Lagos airport.

According to Punch report, Hawkins pointed out that the deadly virus neither a Nigerian nor West-African problem but a problem to humanity as a whole.

He also applauded the Federal Airports Authority of Nigeria (FAAN) for providing the necessary infrastructure for the Port Health Services and collaborating agencies to effectively discharge their duties in the face of the threat posed by the Ebola virus. 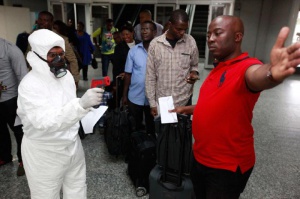 After the first case of Ebola was reported in Nigeria which came into the country through Sawyer who flew in from Liberia, in-bound and out-bound passengers especially from West African countries where the virus is spreading have been undergoing screening at the airport.

The African Union (AU) Commission recently decided to deploy a joint military medical personnel and civilian humanitarian mission to help with the Ebola virus outbreak in parts of West Africa.

Since the outbreak began there have been 2,615 cases and 1,427 deaths, according to the World Health Organisation.