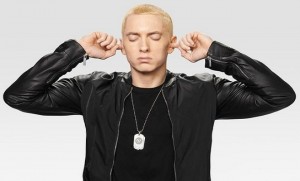 Over the weekend rumors began to fly that Eminem had a new album up his sleeve, and shortly thereafter, the man himself confirmed that Shady XV was a reality. The new album has already locked down Black Friday as a release date, aka November 28th.

Now Billboard has uncovered a few more details concerning the new LP, namely, that it will be a double disc album. According to the site, the first disc will just be a greatest hits compilation while the second will be new material from, not only Eminem, but Shady Records signees Yelawolf and Slaughterhouse as well as D12 and Bad Meets Evil.

The “XV” in the title references the fact that this is the 15th release in the 15-year history of Shady Records.

More details are still surfacing on the upcoming album from Eminem “Shady XV”.