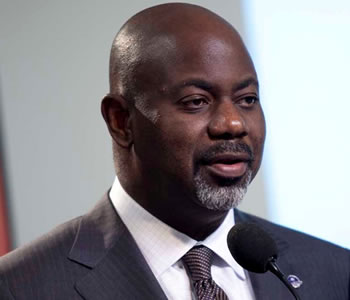 Ugbo said anyone who does not share Imoke’s vision, would drag the state backwards

The commissioner, who has indicated interest in the job, said: “Every Nigerian now knows that there is a place called Cross River. Even those who have not been here realise that it is a model state. It was not by fluke. It is a journey that started 15 years ago and when Imoke came in, he consolidated on those gains and brought new ideas. During his tenure, we had an economic blueprint. He is doing eight years and you cannot realise all the programmes you have planned in a blueprint within eight years. It is a long term programme.

“So anybody coming after Imoke must be ready to continue from where he would stop to sustain the gains we have made over 16 years.

“Any person who comes in with an idea that he is going to bring new plans from the scratch would throw us back several years. We are already marching forward. We can see the progression that the state is making. It is quite visible. So whoever is coming after him has to be able to sustain those gains. New ideas are welcome, but they should strengthen what is on ground.

“We are lucky to have a man like Imoke at this critical time. If it was any other person, Cross River State may have gone bankrupt at a time when we lost tremendous revenue and had to grapple with little revenue. He has touched virtually every sector with minimal resources. You can imagine what he would have done if he had more. He is God sent to Cross River”, the commissioner added.