The Nigeria Police Force denied rumours about the escape of a top ranking official of Boko Haram, who says he is the ‘Chief Butcher’ of Balmo Forest. 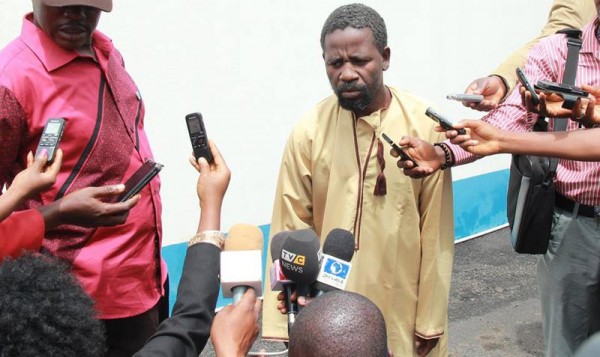 To prove that so-called Boko Haram ‘Chief Butcher’, Mohammed Zakari, is still in their custody, the Nigeria Police Force shared a photo with the suspect on their official Facebook page.

On the picture, Mohammed Zakari is interacting with media representatives. According to the police, the meeting was held in Abuja today, August 6.

The Nigeria Police Force also asked not to believe any rumours about his escape and to contact them when in doubt of any information.

Boko Haram ‘Chief Butcher’ of Balmo Forest was arrested on July 15, 2014, after the army raided Balmo forest in Bauchi state.