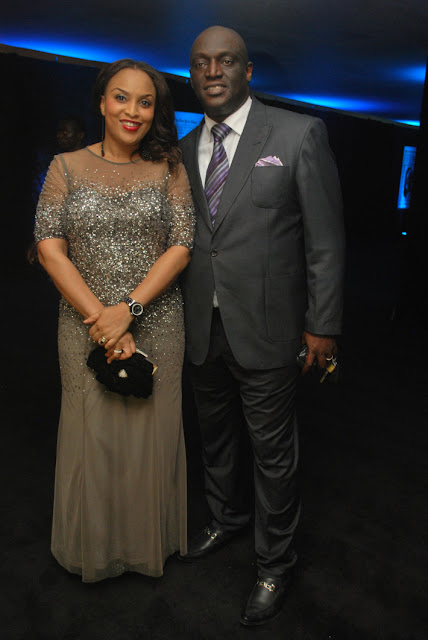 Read the very interesting interview below:

A lot of people have the impression that Sammie is a ladies’ man, a playboy. Is Sammie truly one?

Ah! God forbid bad thing! (General laughter). In fact, like I said, I am one of those people who like history. Because when you go back to history and you start the story, then you progress and get to the present day. You can see the progression and you can see the different junctions of changes a man’s life has gone through.

There was a time when it was oh, Sammie is a ladies’ man, single guy, pruuuu! He loves women, he doesn’t want to marry, he just wants to play. And those were my days of youthful exuberance.

Let me just pause and say this – I think every man should go through that whole process so that when you build a home and a family, there is nothing out there that has the capacity to come and even make you say you are packing out of your house or to scatter your home or to come and start giving your wife and your children trouble, because some of the guys who dive, and I’m not saying that early marriage is bad; some people dive into it and they have no experience of what the world is. They get in there and while they are married, they start saying hey, like say I know, I for never marry o! Before you know it, they have messed everything up.

The home is in crisis, the wife has packed out, families are meeting, bad PR out here and you are just messing up yourself. So, those days of Sammie is a ladies’ man are gone. I am so happily married to the woman of my dreams. In fact, it was my wedding anniversary on the 1st of July And I’m happy that I did not marry before I got married, because I probably would have joined all the headlines of crashed marriages in the entertainment industry.

We shall return to your marriage. At that time, you dated some of the finest and hottest babes in the industry. Now, when you see fine girls, what goes through your mind and how do you avoid the temptation of going back to your old ways?

My brother! You see, those days, we didn’t know better. We didn’t know better and I have been able to get around wise mentors and wise counselors who have used their own lives as experiences to teach me certain things. You know when you are just moving by yourself, nobody advises you, there’s nobody you can go to, to say please, what do I do? This, that, that, that is an issue.

That is why everybody, you must be accountable, you must submit yourself to people who can pick up their phones and call you and  say Sammie, you are messing up, I need to see you right now; I heard X, Y, Z, where are you? Come to my house right now or come to my office now? And you will leave whatever you are doing, drive there.

I had to submit myself to those kind of people because my life was going in a kind of crazy direction and I didn’t want it to end that way. I had to do a re-think and put myself together and then somebody said you know what, be accountable. When you are accountable to certain people and you know that their eyes and their ears are on ground, they can hear anything, you will behave yourself. Those things restrain you from doing certain things. So, these people have taught me so many things that now you can look at beautiful women; because if beautiful women was the problem, I waited and I married a beautiful woman. So, it is not like when you go back home, what you are living with is not beautiful enough.

When you want to mess up, you are imagining the kind of abuse that is going to come. Like, look at his wife; you have this kind of wife, what are you still looking for outside, if something is not worrying you? So, I put myself under those kinds of checks and balances where people can advise me. Even when I have issues, they will say no, this is how you handle it and guess what? My wife is my best friend.
You moved effortlessly from one woman to another then. In fact, you were gliding and galloping (General laughter) – Kate Henshaw, Stella Damasus, Janet Fateye, Gloria Ibru and so on. How were you able to cope during those days?
It was mad! It’s a crazy thing that I did then. The industry just swallowed me. That’s the only way I can describe it because I was an up and coming entertainment personality, I was involved in all the media events, all the awards. They were calling me to be part of the theme songs, to do this, do that and I said to myself, my God, this is the life! The kind of ladies that you will not dare say good morning to; you don’t even have to say good morning; as you are passing, they will just say hi and you begin to wonder: am i the one they are waving at? Because I was in the limelight and I didn’t know how to handle it; I entered it gbuaaaa! And I was like my God; is this what these celebrities are dealing with? Where you don’t even have to say hello to a lady.