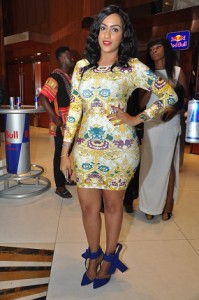 Cool DJ JimmyJatt was cynosure of all eyes as friends and family gathered to celebrate him during the launch of his album “The Industry” which held at the Intercontinental Hotel, Victoria Island Lagos.

The event was anchored by Olisa Adibua.

See the first photos below: –