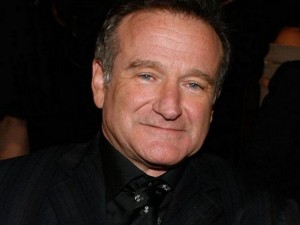 We all heard about the sadly suicide committed by famous and talented Hollywood actor — Robbie Williams in the early hours of yesterday.

I came across the gruesome details of the sad situation and according to Marin Sheriff’s Lt. Keith Boyd, Williams’s wife, Susan Schneider, went to bed at 10:30 p.m. on Sunday.

Williams later retired in a different bedroom of their home in Tiburon, California, a small town in the San Francisco Bay area.In the morning, Schneider left the home, thinking Williams was still sleeping. His assistant later came to the house and, concerned about the actor, went into the bedroom and discovered his lifeless body at about 11:45 a.m. Williams died as a result of death by asphyxia, said Boyd.

The actor was partially clothed and suspended from a belt that was wedged between a closet door and the door frame. The assistant told officials he was cold to the touch and rigor mortis had begun to set in. The iconic comedian was pronounced dead at 12:02 p.m. Monday. Williams’s wrist also had several acute superficial wounds thought to be from a pocket knife that was found nearby. His body was transported to Napa County Sheriff’s Morgue for the autopsy, which took place Tuesday morning.