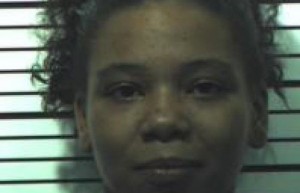 Perhaps everyone has their way of raising a child, but when did shooting your 6-year-old child ever become a teaching method. Courtney Kie-Marie Owens was arrested for trying to “teach her son a lesson,” sadly the boy is nearly a baby.

That little boy had no reason to encounter a BB gun at such a young age. Along with the shooting, the mother should feel ashamed that she had the weapon lying around- allowing the little boy to reach for the gun.

The child was in pain from a red swollen hip where he was struck by a metal BB pellet.

She was released from Scott County Jail after paying her $5,000 bond. Owens was only charged with child endangerment with injury so far, but if she is convicted of the Class D felony, she could be looking at up to five years in prison.

On Tuesday, the 25-year-old mother reportedly took it upon herself to show her son that the weapon was not a toy – by “purposely” shooting him.

A mother should never shoot their child. Personally, I think this woman needs some time in prison to learn a real lesson. From the looks of it, she’s not ready to raise this boy into a man.