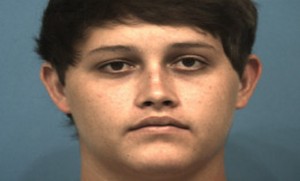 Does this pizza taste a little… nutty?

A Texas teen employed at a Papa Murphy’s pizza franchise faces criminal charges after a customer caught him in the act of rubbing his scrotum on an uncooked stuffed-crust Hawaiian pizza that he’d ordered, according to the Austin American-Statesman.

When the customer asked Austin Symonds how old he was, he replied that he was 18, KEYE reports.

“So you are old enough to know better than to put your balls on someone’s pizza,” the customer said, according to the station.

“Yes,” Symonds replied. “Man, I am really sorry, that was stupid.”

Symonds was apparently upset that an order had come in just before closing time. He allegedly admitted to police that he’d probably have fulfilled the order with the tainted pizza if he hadn’t been caught.

Symonds is charged with tampering with a consumer product. He was released on $10,000 bail.

Papa Murphy’s is a Washington-based chain that makes take-and-bake pizza.