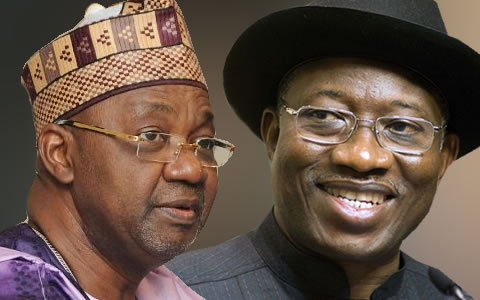 The Peoples Democratic Party (PDP) yesterday expressed satisfaction with the working relationship existing between President Goodluck Jonathan and his deputy, Arc. Namadi Sambo, affirming that the vice president is part of the party’s winning team ahead of the 2015 general election.

A statement by the national publicity secretary of the PDP, Olisa Metuh yesterday, restated the overwhelming confidence of the party in a winning team that had transformed Nigeria in less than four years in office despite obvious challenges.

“There is no doubt whatsoever that the vice president has the implicit confidence of the president. The PDP is therefore very pleased that they are working together in actualizing the transformation agenda to the popular acclaim of both Nigerians and the international community.

“We wish to place on record as well that the 66th NEC meeting of our great party which endorsed President Jonathan as the sole candidate of the PDP for the 2015 general elections, responsibly reasoned and anchored this decision on the outstanding performance of the Jonathan Presidency of which Vice President Sambo is an integral part of”, the statement said.

The statement noted that the motion, which was unanimously endorsed by NEC, left no room for any form of speculation as Sen. Jim Nwobodo, who had seconded it, expressly commended both Jonathan and Sambo for lifting the banner of the PDP very high while praying the NEC to approve the motion.

Metuh added that the latest statement was to clarify obvious misinterpretation arising from its position at the world press conference on Sunday in Abuja, where it averred that Jonathan was yet to accept the sole presidential candidacy offered by the ruling party’s NEC.