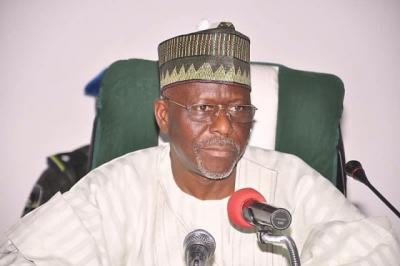 Gov. Idris Wada of Kogi says incessant accident on the Lokoja-Abuja road has put serious pressure on public health institutions in the state.

Wada, who spoke at the 2014 special marshals’ workshop in Lokoja on Sunday, noted that public hospitals had been receiving on daily basis corpses of victims road mishaps and those injured.

According to him, the trend has posed a great danger to the health of the people of the state.

The governor said that medical personnel in the state had continued to spend more time to attend to accident victims at the expense of other patients, who needed medical attention.

Wada, however, called for a concerted effort to stem the tide of crashes on Okene-Lokoja-Abuja and other roads in the state.

The governor, who was represented at the event by the Commissioner for Transport, Mr Abdulrhman Wuya, promised that the state government would continue to support the Federal Road Safety Corps (FRSC) to minimise road accidents.

Government, he said, had awarded contracts for the expansion and dualisation of some roads in the state to ensure safety and urged motorists to obey traffic rules and codes.

In his remarks, the FRSC Corps Marshall, Mr Boboye Oyeyemi, commended the special marshals for collaborating with the organisation to reduce carnage on the highways.

He said the theme of the workshop, “Improved regulatory and enforcement capacity in FRSC: Way forward in road traffic crashes and fatality reduction”, was deliberately chosen allow marshals and other stakeholders reflect on and analyse issues bordering on road safety and reduction of accidents.

Oyeyemi, who was represented by Mr Angus Ibezim, Head, Session, Special Marshals and Partnerships, said the issue of capacity building for marshals would continue to be on the front burner as the FRSC was desirous of maximizing its output and performance, especially in the areas of patrols, public enlightenment and education.

The State Sector Commander of the FRSC, Mr Godwin Omiko, said the workshop was organised to appraise efforts toward achieving 2014 corporate goals of the organization which included reducing traffic crashes and fatality by 15 per cent and 25 per cent respectively.

While appreciating the contributions of special marshals, Omiko urged them to cooperate and partner with FRSC to ensure accident-free “ember months”.

The State Coordinator of Special Marshals Unit, Mr Hezekiah Adeyemi, called on local governments and well-meaning people in the state to support efforts being made to reduce carnage on the roads.

Adeyemi also commended President Goodluck Jonathan for approving the appointment of Oyeyemi as the new Corps Marshal, describing it as a morale booster for all marshals as Oyeyemi was the first Chief Executive Officer to be appointed from within the FRSC since its inception 26 years ago. (NAN)