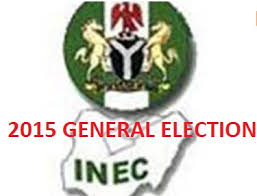 The Forum of Former Governors of Nigeria has pledged to support the PDP National Chairman, Adamu Mu’azu, to ensure a peaceful, free and fair general elections in 2015.

The forum’s Chairman, Jim Nwobodo, made the pledge when he led its members on a courtesy call on the PDP national chairman, on Tuesday in Abuja.

Mr. Nwobodo, who is a former governor of old Anambra, added that members of the forum would give advice where necessary, to achieve the objective.

“We are here because election is coming and is time when people abuse each other; we want contestants to shake hands after the elections.

“The body is meant to give advice; there is no former governor that has no influence in his state, and we believe you will give us good electioneering campaign without acrimony”, Mr. Nwobodo said.

He explained that the forum, which comprised all former governors in the country irrespective of party affiliations, was a unifying group, poised to giving advice on how to move the country forward.

He, however, expressed optimism that the PDP national chairman would ensure good electioneering without acrimony ahead of the 2015 elections.

The PDP national chairman, in his response, applauded the former governors for remaining focused and dogged in spite of challenges, assuring that as a member, he would attend their meeting after the PDP primaries.

He described the forum as one that could not be ignored because of its members’ oneness and determination to the peace and unity of the country.

Mr. Mu’azu, however, said that he would make out time to pay a courtesy call on his counterpart in the All Progressives Congress, APC, John Oyegun, in the spirit of sportsmanship.

This, he said, was to show that the PDP was committed to democracy and the spirit of true sportsmanship, adding that the opposition should follow his initiative.

“I will visit the APC chairman soon; we must have spirit of sportsmanship which is why we are not making noise in Osun State.

“Because we were defeated and we are not making noise, I call on the opposition to follow suit”, Mr. Mu`azu said.

The News Agency of Nigeria, NAN, reports that the governors are expected to pay a similar visit to the National Chairman of the APC.