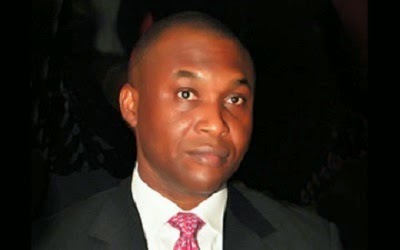 Mr. Chidoka made the scheme public at the third Obiora Festival and reception held for him by the Obosi community.

The festival marks the beginning of the consumption of new yam by Obosi community.

Mr. Chidoka said that funds for the scholarship scheme would be provided by his friends who were interested in ensuring that indigent members of the community acquire high level of education.

“The community had produced such personalities as the former Secretary-General of the Commonwealth, Chief Emeka Anyaoku.

“With a minister of the Federal Republic of Nigeria, the community cannot afford to go back on education pursuits,” Mr. Chidoka said.

Mr. Chidoka also commended the people of Obosi and the traditional ruler of the town, Chidubem Iweka, for organising the reception.

Earlier, Mr. Iweka had said that the minister had excelled as the Corps Marshal of the Federal Road Safety Commission.

Mr. Iweka said the festival had always been celebrated yearly to usher in the new yam harvest and to reiterate the importance of the farm produce as a fruitful crop.

He said the new yam festival provides members of the community opportunity to offer prayers to God for peace in Obosi community.

Speaking on the sidelines of the event, the FRSC Deputy Corps Marshal in charge of Training, Omidiji Adeyemi, told NAN that the occasion presented another veritable window for the showcasing of the rich cultural heritage of the country.

“The occasion also signifies the unity of Nigeria as seen in the attendance by people from different parts of the country,” said Mr. Adeyemi, who represented the FRSC Corps Marshal, Boboye Oyeyemi.