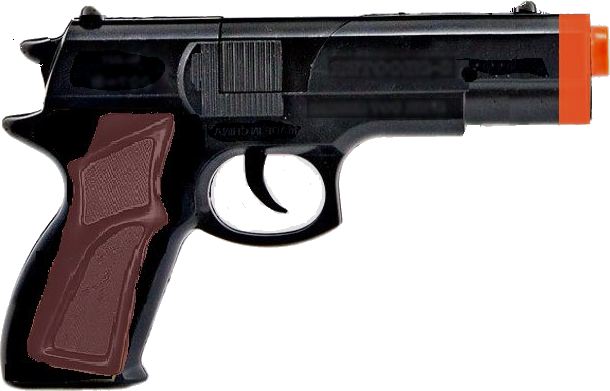 A 22-year-old cobbler, Taofeek Aina, on Tuesday appeared in an Ikorodu Magistrates’ Court, Lagos, over the alleged use of a toy gun to threaten the public.

Mr. Aina, who resides at 15, Olubi Street, Ikorodu, was arraigned before Magistrate B.A. Sonuga on a two-count charge of breach of peace and possession of arms.

According to the charge sheet, the offences were committed around 6 p.m. on Oct.7, at Benson Bus-Stop in Ikorodu.

The prosecutor, Iyabo Johnson, said that the accused was caught with the toy gun while threatening innocent citizens around the area, thereby causing panic.

Mr. Johnson said the offence contravened Sections 166 (d) and 327 of the Criminal Laws of Lagos State.

Counsel to the defendant, Bunmi Alli, urged the court to admit her client to bail on liberal terms.

The Magistrate granted the accused bail in the sum of N50, 000 with one surety in like sum.

Mr. Sonuga adjourned the case till Nov. 6, for mention.

The News Agency of Nigeria (NAN), reports that the accused could not meet the bail condition and was taken back to prison.