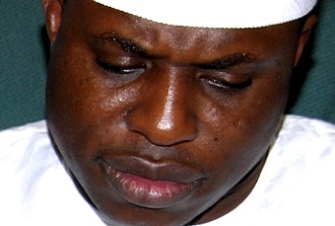 A statement released by the Bankole family on Thursday, confirmed the demise of the former speaker’s demise.

It read: “With gratitude to Almighty Allah and with heavy hearts we announce the demise of our daughter, Yewande Semiat Bankole, aged 7yrs at a London hospital. Yewande is the grand-daughter of Chief Alani Suara Bankole and the daughter of Rt Hon. Dimeji Sabur Bankole.

“Yewande was born with HbSS Sickle cell disease. She was a radiant girl who struggled with the disease. We originally managed her condition at a Lagos hospital but later transferred [her] to a London hospital. Sadly we lost her at 10.30pm on Wednesday October 1st, 2014”.

The statement said Yewande would be buried in accordance with Islamic rites and thanked everyone for their prayers and support “at this very trying time”.