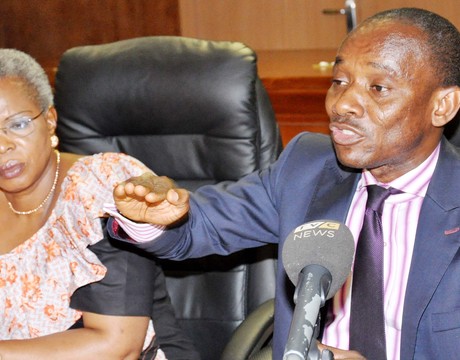 Dr Sam Amadi, Chairman, Nigerian Electricity Regulatory Commission (NERC), on Monday said that fixed charge on electricity would remain without constituting any problem to the consumers.

Amadi told the News Agency of Nigeria (NAN) that the commission would find a way to address the concerns of electricity consumers in the country, in respect of the fixed charge.

“We are going to settle the issue of fixed charge in a manner that it will still remain and it will encourage efficiency in the power sector”, he said.

According to him, the concerns of most consumers is not about fixed charge but the high level of unreliability and low hour of power supply.

He said that there had been suggestions in some quarters for pro-rata fixed charge which would make operators who want to recover more fixed charge to supply more energy.

Amadi said that the commission would come up with a steady reliable revenue formula to enable the operators to improve on power supply.

“At the same time, we will ensure that the payment of fixed charge does not become an encouragement for distribution companies to neglect diligence and efficiency in managing their networks”, Amadi said.

He explained that the fixed charge on electricity consumption in the country was not an anomaly as it was the practice globally.

“The fixed charge is not an anomaly; it is the usual practice which includes the fixed cost that operators incur for serving consumers.

“Consumers are worried because they have no regular power supply as   a result of low capacity and weak networks”, he said.

Amadi said that the fixed charge on electricity includes the cost of installation and maintenance of transformers, electric meters and cables.

It would be recalled that electricity consumers across the country recently called for the abolition of fixed charge on electricity.

On the N213 billion intervention fund for the sector, he said that electricity distribution companies would access it before the end of the year.

Amadi attributed the delay in the disbursement of the fund to the commencement of the Transnational Electricity Market (TEM), which was expected to begin before the end of the year.

“Clearly, the fund will be finalise and disbursed before the end of 2014 for the smooth entry into TEM”, he said.

NAN recalls that the Federal Government on September 23, announced a N213 billion facility to help offset the legacy gas debts and address the revenue shortfall in the power sector. (NAN)