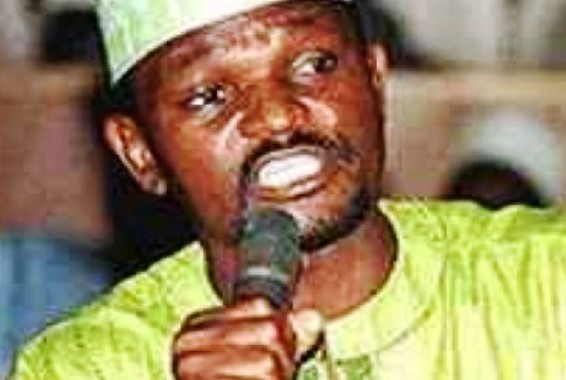 Former Chief Security Officer to the late Head of State, Gen. Sani Abacha, Major Hamza Al-Mustapha, has accused Nigerians of promoting insurgency in the Northeast just as he proffered solutions on how to end the intractable crisis in the North-East of Nigeria.

The former CSO, who is the President and Chief Executive Officer of a non-governmental organization, Al-Mustapha Peace, Unity and Development Initiative (APUDI), made this known while addressing newsmen at a pre-conference on “Community Conflict and Youth Militancy in Northern Nigeria: Challenge of a Democratic Practice”, in Abuja on Monday.

Al Mustapha said it is a fact that because of ignorance from private and public sectors, the country has over the years promoted causes of insurgency out of greed and selfishness.

He also stated that peace and security should be not be compromised in any way.

His words, “If you look closely at our environment, I will say because of ignorance from private and public sectors, we have over the years promoted causes of insurgency, some deliberately, some out of greed, some out of selfishness, some out of ignorance, this is a fact but when it comes to apportioning blames, that is another thing entirely and that is what I do not do.

“When a country finds itself in our situation, where damage control measures are of the essence, at that point in time, all agencies should now look very well at their limitations in terms of their primary and secondary assignments and find ways to address the problem.

“Peace and security should not be compromised in any way by any security agency”.

On how to end the insurgency, Al-Mustapha said: “Conventional approach to a conventional mode of fighting in any country is exactly what is required of the military and other agencies”.

He, however, advised, “…where you have insurgency and such vices classified as or leading to low intensity conflict in any country as we have in the North-East, the obvious thing to do is to maximize information and secrecy”.

Al-Mustapha, therefore, charged media organizations in the country to work with security agencies in maximizing all classified information that would be supportive to counter-insurgency.