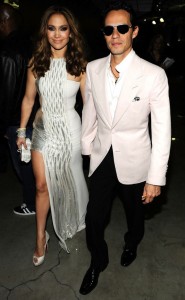 Famous South American singer — Marc Anthony received a whopping sum of $700,000 for one Las Vegas gig last month – double what his ex Jennifer Lopez is set to get per show in a new deal in the same city.‎

The 46-year-old singer/songwriter reportedly landed a $1 million pay day when he performed at Planet Hollywood in Sin City on September 13 but after operating expenses and promoter fees were removed he received $300,000 less, according to the contract which has been obtained by TMZ.

But this is still twice as much as Jennifer – who he officially divorced in June, almost three years after they split, would get thanks to her new $350,000-per-show deal.

Despite Marc’s big deal, the 45-year-old stunner’s earnings will be a lot more once she has completed her 72-gig contract as she is due to earn a total of $26.3 million over a one or two-year period.

Jennifer and Marc are used to raking in huge sums of money and it was no different in March 2008 when PEOPLE magazine reportedly paid the pair $6 million for the first pictures of their then-newborn twins, Max and Emme who are now six years old. Following their split in 2011, neither wasted much time finding love again as Jennifer – who has been divorced three times – started dating her former back-up dancer, ‎Casper Smart in spring 2012 although they split in June this year.

Marc dated model, Shannon De Lima for a year and then went on to find love with Topshop heiress Chloe Green, but the on/off couple ended their romance in February after a year together, including a brief split from April to June 2013, blaming their hectic schedules.