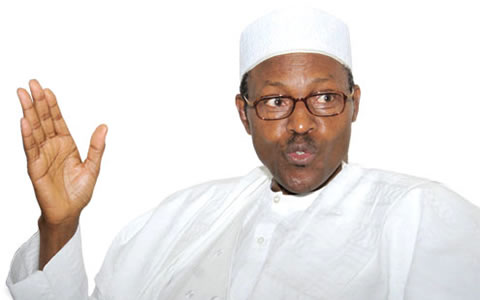 A support group for one of the national leaders of the All Progressives Congress, APC, Muhammadu Buhari, under the aegis of Buhari Vanguard, have asked the party leadership to consider the option of picking a consensus candidate for the February presidential election.

They also wished the Muslim faithful a happy Eid El-Kabir and urged Nigerians to imbibe the spirit of sacrifice to their fatherland.

Buhari Vanguard, in a statement by its Chairman, Jasper Azuatalam, said the consensus option would not only save cost, but would also check the infiltration of the party by fifth columnists and avoid bitterness and rancor usually associated with primaries.

The race for the APC presidential ticket is expected to be a two-horse race between Mr. Buhari, a former head of state and Atiku Abubakar, a former vice president.

The Buhari Vanguard said after a detailed consideration of the Electoral Act, the APC constitution and other relevant laws relating to the emergence of a presidential candidate from a political party, it came to the conclusion that consensus was the most viable, cost effective and unifying option available to the main opposition party.

“As an opposition political party that has promised to reduce corruption in Nigeria to its barest minimum, it will be in good faith to avoid an indirect primary election, which will cost so much money and even lead to financial inducement by some who still believe in “money politics” against credibility and popularity”, the group said.

“In the same manner, an indirect primary will give the ruling political party an opportunity to infiltrate the All Progressive Congress by influencing delegates with money and planting moles within the delegates to influence who emerges as the presidential candidate of APC. This is because they know the candidate to beat in APC and they will do all within their reach to make sure that such candidate does not emerge as an APC presidential candidate.

“We also believe that the bitterness, rancour and disaffection that may arise from the contest will weaken the All Progressives Congress and give the Peoples Democratic Party undue advantage ahead of the 2015 presidential election.

“It is clear from all available statistics and parameters that the PDP has no locus standing in the 2015 presidential election as they will lose woefully in a free and fair contest because of their abysmal performance in government which has earned them the wrath of Nigerians.

“A consensual arrangement as stipulated in Article 20 of APC Constitution and Section 87 (6) of the Electoral Act is surely the best option available for the All Progressives Congress APC.

“This will save the APC of unnecessary litigations, rancour and strife that accompany presidential primaries. If the Peoples Democratic Party, with all the resources available to them and the power of incumbency, is working towards a consensual arrangement by adopting Goodluck Jonathan, it will be wholly unwise and unintelligent for an opposition political party to want to sell the dangerous region”.