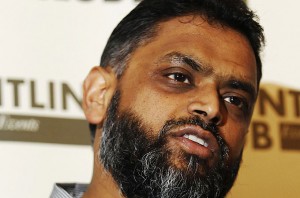 A man named Moazzam Begg, who’s a former Guantanamo Bay detainee, has been set free from prison after UK prosecutors dropped seven terrorism-related charges against him linked to the conflict in Syria.

Begg, 45, was among four people arrested in February under suspicion of allegations including that he had attended a “terrorist” training camp in Syria.

Begg appeared before a pre-trial review at the Central Criminal Court of England and Wales on Wednesday via video from the high security Belmarsh prison when the court formally acquitted him of all charges.

He spoke only to confirm his name and did not react as no evidence was offered by the prosecutor following a review of the case.

He is expected to be released from the southeast London jail later on Wednesday.

Begg was held by the US government at Bagram detention centre in Afghanistan then Guantanamo Bay for three years before being released without charge in 2005.

He was arrested in Pakistan in February 2002, suspected of being a member of al-Qaeda.

Begg had travelled to Afghanistan with his family in 2001, but had left after the US invasion.

After being freed from Guantanamo and returning to the UK, he frequently spoke out about human rights abuses at Guantanamo Bay and founded Cageprisoners, a human rights organisation that lobbies on behalf of those held at the high-security prison located in Cuba.

Concern has been mounting in Britain over the number of nationals travelling to Syria to help rebels fighting President Bashar al-Assad.

Police fear they may become radicalised or attend armed training camps before returning to the UK where they could pose a security risk.