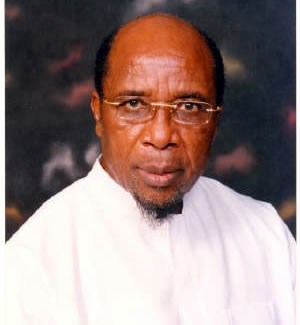 Principal stakeholders in Abia North senatorial district have voiced their opposition to the fourth term ambition of Senator Uche Chukwumerije, vowing to deploy all arsenals in their political amoury to stop the senator from returning to the red chamber in 2015.

The stakeholders, who made the vow Wednesday at a press conference in Umuahia, the Abia State capital, accused Chukwumerije of poor representation in his 12 years sojourn at the senate, insisting that the zone needs a more vibrant and competent representation in the senate.

Speaking at the conference, the Secretary of Abia Elders Council and a chieftain of the ruling Peoples Democratic Party, Dr. Eme Okoro, said Sen. Chukwumerije had in 2011 promised to quit after his third tenure, contending that “it is dishonorable for him to seek fourth term”.

His words: “Our people have seen no impacts of his three terms; what is it he wants to achieve in four years which he had failed to do in 12 years?”

He further argued that the zone had an array of more vibrant and eminently qualified persons to represent it at the senate while advising Chukwumerije to rather seek space at the leadership of the pan-Igbo socio-cultural organization, Ohaneze Ndigbo.

Eme also warned the leadership of PDP not to attempt foisting Chukwumerije on the zone as such attempt would be vigorously resisted.

“The basic principle of democracy is the freedom to choose and leadership draws its powers from the followership”, he said, adding that “outside forces cannot determine for us who becomes our senator”.