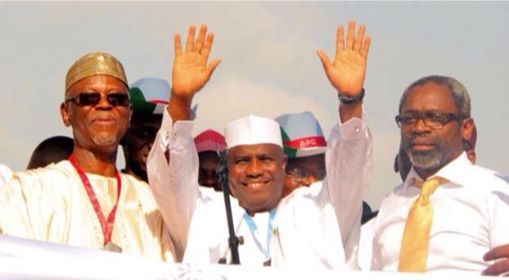 The Minister of Interior, Comrade Abba Morro, has denied media reports in which he reportedly described embattled Speaker of the House of Representatives, Alhaji Aminu Tambuwal, as a political prostitute.

Morro, who made the clarification in a chat with reporters in his country home of Ogbokolo, Benue State, while monitoring the Peoples Democratic Party ward congresses on Saturday, said he only referred to the speaker as someone, who is known for jumping from one political party to another.

“I don’t shy away from making comments but if you would quote me verbatim, then be factual; don’t ascribe words to me”, he said.

The minister also commended President Goodluck Jonathan’s efforts in the area of repositioning the country, especially in the fight against the Ebola Virus Disease, which earned the country global acclaim.

On the conduct of the Peoples Democratic Party ward congress in the state, Morro expressed satisfaction with the exercise, but pointed out that it was marred by late arrival of materials.