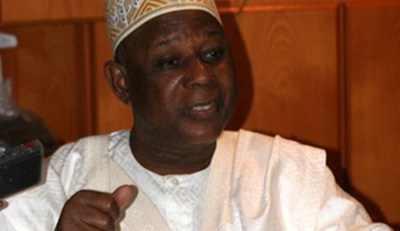 Nigeria’s Defence Minister, Gen. Aliyu Gusau (retd.), has tasked intelligence agencies in the country to rise up to the challenge of tracking and intercepting the sources of supplies to terror groups operating in the country.

Gusau urged them to take conscious steps to expand the knowledge of the operations of such terrorist organisations, such as their sources of funding, weaponry, recruitment of foreign fighters and others.

The Defence Minister stated these while declaring open the Defence Advisers/Attaches Annual Conference, with the theme, “Re-engineering the Nigeria Defence Attaché System towards National Security” in Abuja, on Monday.

According to Gusau, the Federal Government has begun a review of the National Defence Policy as a way of re-engineering the nation’s defence system.

He said that foreign fighters with shared destructive tendencies and objectives had contributed a troubling dimension to the scourge of terrorism in the country.

Gusau explained that the major terrorist organisations in the world have ensured the perpetration of increased heinous acts of terror against humanity.

He said, “The global security environment remains shaky and unstable. Small groups and small countries are the focus of instability and inhumanity, which arrest world’s attention.

“The new and ugly face of global terrorism is marked by execution, extreme brutality, impunity and abductions. In different regions of the world, the surge of terrorism persists. The perpetrators share a common agenda to unleash terror, mayhem, destruction and instability around the world.

“There is no doubt that the foreign fighters have added a troubling dimension to this emerging phase of terrorism. From targeted attack by one group a few years ago, we now have a mobile band of thousands of terrorists sweeping across the areas, destroying lives and even attempting to establish caliphates.

“The destructive effect of terrorism are enormous. Over the past few years, Nigeria has been and is still confronting the threats posed by religious extremists to peace and stability predominantly in the north-eastern part of our country. The cost are high; several people have been killed, whole communities razed and hundreds of persons kidnapped.

“Taken together the global and domestic security environment, it is imperative that Nigeria re-engineers her defence and security posture to cope with the threats”.