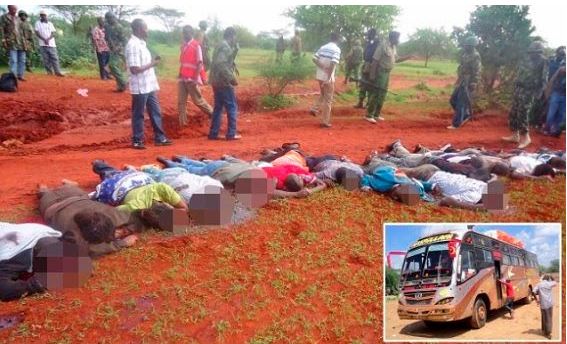 28 Christians were killed yesterday morning Nov. 22nd after Islamic Shebab extremists ambushed a bus in Kenya as it headed for Nairobi from Mandera, a town close to Somalia.

A Spokesman for Shebab later said the 28 travelers were killed in retaliation for a raid on mosques in  Mombasa, Kenya last week.