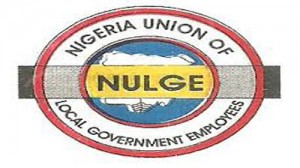 Speaker, House of Representatives, Honourable Aminu Tambuwal has said that there would be no more joint account between local and state governments. He said all necessary steps towards ensuring that local governments get their allocations directly from the Federation Account have been taken.

Speaking during the sixth quadrennial national delegates’ conference of the Nigeria Union of Local Government Employees (NULGE) on Tuesday in Lafia, Nasarawa State, Tambuwal said that the National Assembly would not reverse its decision on autonomy for local governments. This, he noted would enable them to provide dividends of democracy to the people at the grassroots, through the provision of social amenities, especially in the rural communities.

Tambuwal however clarified that only the local governments with duly elected officials would receive grants from the Federation Account.

“As representatives of the people, we are strengthening the institution of governance at the local levels, and not creating yet another Federation unit,” Tambuwal said.

Earlier in his keynote address, the National President of NULGE, Comrade Ibrahim Abdulkadir, had told the gathering that, “what we have today is a caricature of local government system where all manners of experiments, political and administrative are carried out. We make bold to say that this has retarded the development of this nation.

“The union wishes to lend its voice to that of millions of Nigerians to call on the members of the states Houses of Assembly to be on the part of history and confirm the bill being transmitted to them by their colleagues at the National Assembly which is the aggregate will of Nigerian people,” he added.