Home Entertainment Tuface Idibia: “I Wish I Had All My Kids From One Woman”
Facebook
Twitter
WhatsApp 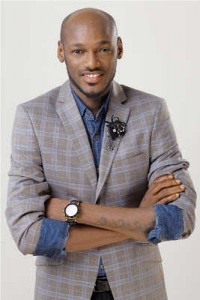 He is known for his many partners and kids but we all know that Tubaba is one of the nicest and most talented Nigerian artiste in our present time.

And in a new chat with Black House Media, the Superstar reportedly admitted his regret that his kids weren’t from one woman.

“I didn’t plan for me to have kids from different women. But it’s happened and I’m just taking it the way it is. But if you ask me what I wish, I will say ah, I for like make all of dem (children) come from one person. Yes!”

About what he would have become if he wasn’t a musician, Tuface continued:

“You know like I said, me and music, it wasn’t a co-incidence. So, I have never, never thought of doing anything else. But there was one point in time that I was really, really into football and na goal keeper I be dat time. So, I been dey think am say if music no work, I go just enter football just turn to goal keeper peacefully (Laughs).”

On what differentiates from other celebrities, he said:

“Hmmm! I think one of the things that stand me out – 1. – my gorimapa (clean-shaven head), my voice, my structure…What I’m trying to say is you know this thing is a finger print (Demonstrates with his finger). Two no dey ever be the same. So, just based on that, I am me, I am Innocent, I am 2 Face. So, na wetin differentiate me from everybody be dat.”