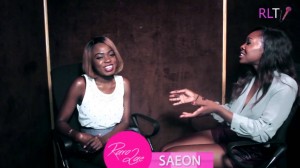 So, after weeks upon weeks of silence while Wizkid kept on running her down, fast rising Nigerian singer — Saeon, has decided to speak on the matter.

We were beginning to even think the whole gist has ended between Saeon and Wizkid till now.

The ‘Boogie down’ singer has come out with her side of the story.. Also remeber that Saeon’s ex-manager said that Wizkid practically begged them to shoot the video with him.

Saeon has finally opened up on her side of the story while speaking with Raro Lae on what really happened when she approached Wizkid for the “Boogie Down” single, and spoke at length of his unprofessional behavior.

Watch  the video below: –