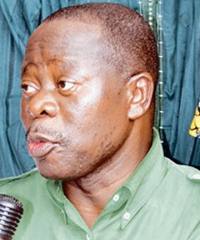 Minister of Finance, Dr Ngozi Okonjo-Iweala has dismissed the claim by Edo State Governor, Adams Oshiomhole that $30 billion dollars was missing from the Excess Crude Account.

This minister, in a statement issued by her spokesperson, Paul Nwabuikwu, described the claim as shocking.

“The widely published comment by Gov. Adams Oshiomhole alleging that 30 billion dollars is missing from the Excess Crude Account is shocking and totally untrue,” the statement read.

“The comments reflect, once again, the unfortunate tendency of some political players to politicise the management of the economy on the basis of half-truths and sundry distortions.

“This is not good for the country.”

The minister noted that Oshiomhole’s comments made it look as if the Federal Government gives out whatever it wished to the states from the Federation Account.

The statement however said anyone who is familiar with the Federation Accounts Allocation Committee (FAAC) process knows that it does not work that way.

“The meetings are held every month and Commissioners of Finance and other officials represent their states and agreements are reached on issues including the distribution of proceeds from the Account.

“There is no 30 billion dollars missing from the Excess Crude Account as alleged by Governor Oshiomhole,’’ the statement read.