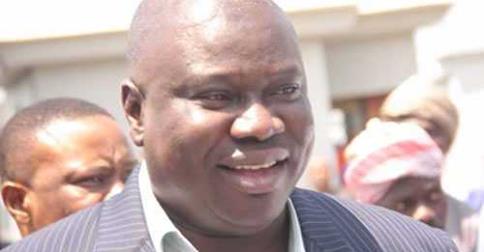 Mr. Adeyemi Ikuforiji, speaker Lagos State House of Assembly, has disclosed that he is not tired of working for the state in spite of his loss at the recent governorship primaries.

Ikuforiji, who was defeated in his All Progressives Congress (APC) party primaries, made this known in Lagos on Wednesday during the annual thanksgiving service organised by the House of Assembly fellowship.

According to him, “I am neither tired nor thinking of retirement and I will not relinquish my aim for a greater Lagos”.

The News Agency of Nigeria (NAN) reports that the thanksgiving service was tagged “Greater Height”.

The speaker urged residents of the state to appreciate God for His mercies and protection over the years.

“I recall how I was discharged and acquitted by a Federal High Court in Lagos over allegations of corruption by the Economic and Financial Crimes Commission (EFCC).

“It has been a challenging period for me, my family and my friends; I have every reason to praise God.

“So, I am not tired of working for the progress of Lagos state”, he maintained.

He said lawmakers and member of staff were determined to take the assembly to a greater height, adding that he was leaving behind well-trained workers and legislators.

He added that during his tenure, the House of Assembly Service Commission was established, with state-of-the-art facilities and proper method of accounting.

Ikuforiji assured that the house would continue to go higher under his stewardship, adding that the new building being constructed in the assembly’s premises would be inaugurated before May, 2015.

“We will continue to set the pace for other state Houses of Assembly”, he said.