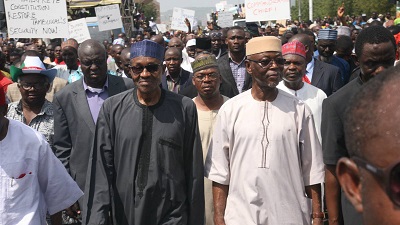 The National Convention Committee of the All Progressives Congress (APC) has assured delegates to the 3rd national convention of the party holding in Lagos State between 10 and 11 December of adequate security throughout the period of the convention.

The Committee said in a statement issued in Lagos on Monday that it was collaborating with the Lagos State Government (the host government) and all relevant security agencies to put in place adequate arrangements aimed at ensuring security of delegates and reducing the burden of traffic congestion throughout the duration of the convention.

According to the committee, which is headed by a former Governor of Ekiti State, Dr. Kayode Fayemi, the relevant authorities in the state have mapped out strategies to ease traffic congestion around the venue of the convention, while adequate arrangements have also been made for the transportation of delegates from their hotels to the designated accreditation centres and the venue of the convention at the Teslim Balogun Stadium, Surulere.

The arrangements, according to the statement, include but not limited to diversion of traffic in some routes and restriction of vehicular movements in some areas.

“Delegates are therefore urged to cooperate with the security and traffic management officials during the period of the convention, while members of the public who might be inconvenienced as a result of the diversion are enjoined to see it as part of the needed sacrifice for the advancement of our democracy”, the convention committee stated.

The committee also promised to make the convention, which features the election of the APC presidential flag-bearer, a reference point in the history of successful conventions in the country.