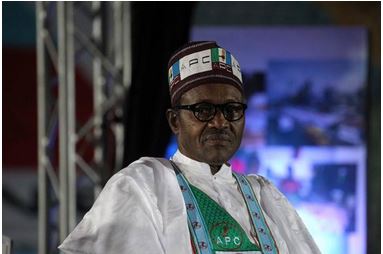 The flag bearer of the All Progressives Congress (APC) for the 2015 presidential election, Muhammadu Buhari has chosen former Attorney General and Commissioner for Justice of Lagos State Prof Yemi Osinbajo as his running mate.

Speculations has been rife on who would emerge as Buhari’s running mate since he won the APC presidential primaries last week, with recent reports suggesting the party’s national leader, Ahmed Tinubu had signified interest in the post. The party’s resolve not to field a Muslim/Muslim ticket in the 2015 election however won as Osinbajo emerged as the preferred choice on Wednesday.

Osinbajo, senior partner at SimmonsCooper Partners is a professor of law and a Senior Advocate of Nigeria (SAN). Yemi was educated at the University of Lagos, Nigeria (LLB, 1978) and the London School of Economics (LLM, 1980). While serving as Lagos’s attorney general, he was credited with undertaking far-reaching significant judicial reform in Lagos state, addressing critical areas as judges’ recruitment, remuneration, training and discipline.

He is Christian and a pastor at the Olive Tree Parish of The Redeemed Christian Church of God (RCCG), Banana Island, Ikoyi, Lagos, bringing the balance the party may need to convince Nigerians who vote along religious lines.

A man, who is believed to be passionate about ensuring that the poor can access justice, APC and Buhari might have just gotten the best man to pair with Buhari. The emergence will signal the commencement of the presidential campaign of Buhari, who is expected to have every support he needs, from financial to moral, especially with the likes of Atiku Abubakar and Tinubu supporting him.