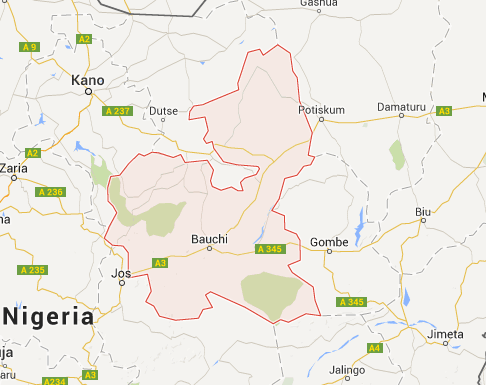 A bomb explosion, Monday, rocked Central Market area in Bauchi, on a day a blast at a bus station in Gombe killed at least 2o people.

The explosion occurred at a crowded area, although the number of causalities cannot be ascertained at the moment. One witness however told online news platform, Premium Times that the blast occurred at about 5:30 p.m. as traders were preparing to close for the day.

According to eyewitnesses, the blast occurred near a police outpost inside the market.

Bauchi State Police spokesperson, Haruna Mohammed, confirmed the attack but he said he had no details of the incident yet. Some witnesses however said no fewer than 15 people were killed in the attack.

In the blast in Gombe, 20 people were reported killed. “There was an explosion at the Dukku motor park. The Red Cross mobilised with 20 body bags and they have all been exhausted,” said Abubakar Yakubu Gombe, area secretary for the Red Cross.

“We are still looking for more bodies among the carnage,” he told AFP, adding that another 18 people with “serious” injuries had been taken to hospital.

Although no group has claimed responsibility for the attacks, it is believed that they have been perpetrated by the Boko Haram group, whose campaign of violence has led to thousands of death in the past five years.