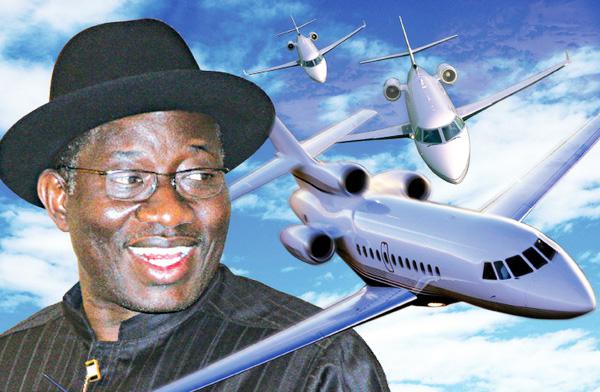 Finance Minister, Ngozi Okonjo-Iweala, in November, said the country needed to brace for tougher times ahead by reviewing its expenditures and building economic buffers as oil prices continue to fall. The government therefore used $65 per barrel, a modest price in all sense, as oil benchmark for the 2015 budget. The minister also announced that austerity measures to be taken include reduction of foreign travels, increase in luxury tax and increase in Value-added tax, among others.

With oil prices now below $60 per barrel, Nigeria, whose major revenue (about 80 percent) is from oil, may not be able to fund its budget except some measures are taken to shore up the deficit. In the middle of the country’s plight, the 2015 budget presented to the National Assembly showed that the president wants a new aircraft that will cost N400 million plus an aircraft in the presidential fleet. Sahara Reporters notes that the purchase will be President Goodluck Jonathan’s fourth since he took office in 2010.

The National Assembly will get N150 billion, while the judiciary gets N73 billion.

N358,466,078,698 was voted for the ministry of Defence, comprising the main ministry, the Army, the Navy and the Air Force. N84,128,320,723 was budgeted for the Office of the National Security Adviser (NSA), comprising National Intelligence Agency (NIA), Department of State Security (DSS/SSS), Presidential Air Fleet (which manages all the presidential aircraft).

The Ministry of Finance is proposed to get N1,727,288,461,558 with a large portion of it dedicated to the Service Wide Vote. The Service Wide Vote is a vote created to serve all Ministries Departments and Agencies (MDAs) for emergency purposes not captured in MDAs yearly budgets, but for which funding has been provided for.