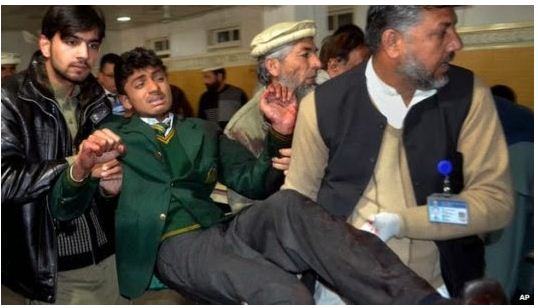 Islamic terror group, the Taliban, around 10 this morning launched a deadly attack on a military-run primary school in Northwestern city of Peshawar in Pakistan, killing 100 people, 80 of them children, according to the BBC. They are also reportedly holding over 100 children hostage. Over 500 students have so far been evacuated.

According to reports, the militants stormed the school’s auditorium this morning where the students were learning first aid training from the military and started shooting. 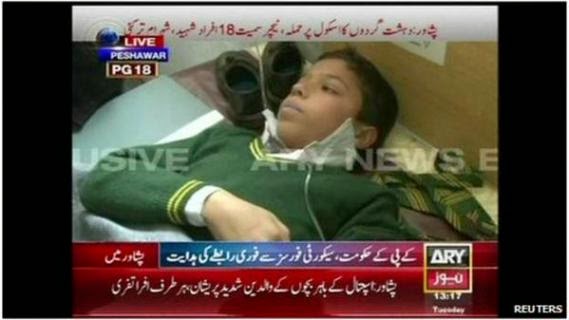 According to one of the teachers who survived the attack, as soon the militants started shooting, the students ran into their class rooms in panic but the militants pursued them & shot them at close range

One of the students, Abdullah Jamal who sustained a gunshot injury on his leg, said that he was with a group of 8th, 9th and 10th graders who were getting first-aid instructions and training with a team of Pakistani army medics when the shooting started.

“Then I saw children falling down who were crying and screaming. I also fell down. I learned later that I have got a bullet,” he said, speaking from his hospital bed. “All the children had bullet wounds. All the children were bleeding,” Jamal said.

The Pakistani police have since condoned off the area and is working to bring the situation under control. Blood donations have also been called for for injured victims. 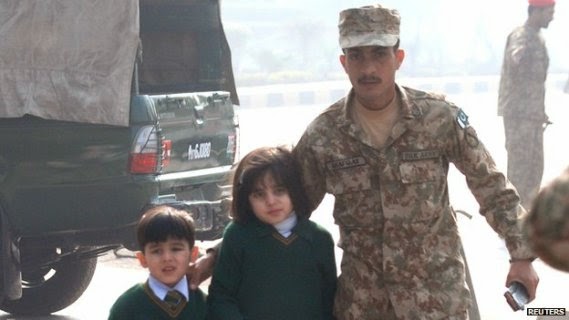 Meanwhile Taliban spokesman Mohammed Khurasani in a telephone interview to Pakistan media, claimed responsibility for the attack stating that six suicide bombers had carried out the attack in revenge for the killings of Taliban members at the hands of Pakistani authorities.