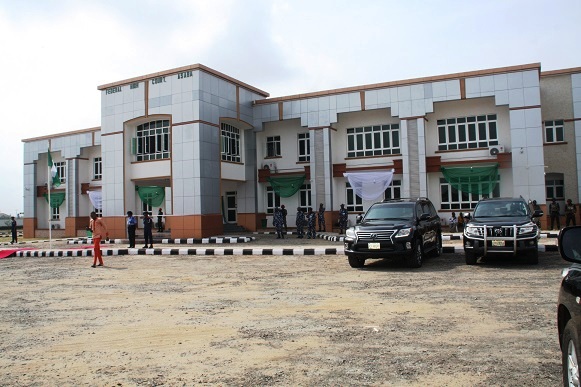 President Goodluck Jonathan, weekend, promised that all perpetrators of terrorist acts in Nigeria would be held accountable.

Jonathan made this known when he commissioned the Federal High Court complex, Asaba, Delta State.

According to him, the presence of Federal High Courts in virtually every state of the federation is a good development as it would bring justice closer to the people. This, he said, is in line with his administration’s determined efforts to expand access to justice for the people and ensure that Nigerians are able to access the courts for the purposes of resolving their disputes.

Speaking through the state governor, Dr. Emmanuel Uduaghan, Jonathan commended the Chief Judge and other judges of the court “for their hard work and support for his administration’s resolve to hold all the perpetrators of terrorist acts across the country accountable.

“I have been duly informed that the practice directions issued by the court have contributed significantly to the reduction of trial delays and engendered speedy trial of terrorism and allied offences. It is my fervent hope that this edifice will further provide the necessary conducive environment for the court to excel in the discharge of its adjudicatory function,” he said.

In his speech, Governor Uduaghan expressed gratitude to the Federal Government for creating the Asaba Division of the Federal High Court in the state.

In view of this, the governor vowed the unwavering support of the state for the Federal Government, in its developmental efforts.