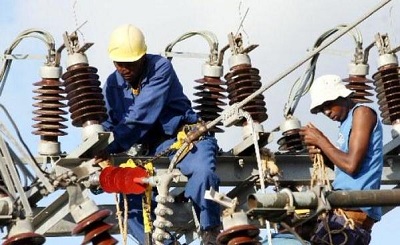 After close to one year in total blackout, the Federal Government has finally reconnected Borno State to the national electricity grid.

This comes on the heels of the issuance of a 48-hour ultimatum by the Minister of State for Power, Mr. Mohammed Wakil, to officials of the Transmission Company of Nigeria, TCN, to reconnect the state despite security and sabotage challenges.

Insurgents had plunged the northeast state into darkness about seven months ago when the destroyed power lines and installations, which supply electricity to Maiduguri, the Borno State capital and environs.
http://www.newbalanceshoesinc.com new balance baseball
Several efforts to reconnect the state had been thwarted by repeated vandalism and attacks on officials of TCN and soldiers by Boko Haram gunmen.

However, a statement from the Federal Ministry of Power on Wednesday stated that Maiduguri was reconnected on Monday afternoon.

It stated that officials of the power distribution company responsible for the state as well as engineers from the TCN embarked on checks and reviews to ensure that the restored electricity was sustained across the city.

It would be recalled that the minister had last week issued the 48-hour ultimatum, warning that Borno people were no longer ready to listen to excuses for the blackout.

He, however, apologised to the people of the state for the prolonged period of blackout and stated that “the last seven months has been a very painful period. We have experienced great pains in several attempts to restore electricity to the state.

“A combination of insurgency and sabotage caused the problem in the first place and kept the state in severe blackout for so long. I apologise to our people for the long delay in reconnecting the state. This administration will ensure that this does not happen again.

Wakil further stated that President Goodluck Jonathan had directed that the ongoing federal power projects in the state be hastened in order to expand supply and reduce incidences of vandalism to the barest minimum.