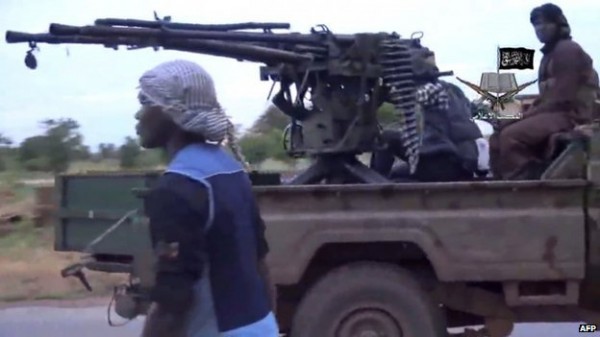 “The terrorists attacked Kambari village which is less than five kilometres to Maiduguri around 5:00 am. They killed 15 people and set the entire hamlet ablaze,” Vanguard quoted the security source who requested anonymity as saying.

“After fruitless efforts to enter Maiduguri through Konduga without success, the terrorists took a different route and attacked Kambari,” he said.

The news platform also quoted a woman from the village, who simply gave her name as Kyallu, as saying four of her children were among the victims of the attack.

“They killed four of my grown-up children when they attacked our village about the time for the morning prayers,” Kyallu, who escaped to Maiduguri, told AFP.

“They shot my children dead without any prompting. I had to leave the village with my grandchildren because we have lost our houses,” she said.

“The insurgents also killed our village head. In fact, I counted 15 dead bodies,” she said.

Boko Haram attacks have intensified in recent months as Nigeria’s general elections approached. The terrorists wants to create an Islamic caliphate in the country and has killed tens of thousands since the campaign of violence started in 2009.

The terrorists have recorded some gains in its ongoing campaign, with the territory under its control said to be as large as Belgium.